A man has been reportedly shot by a police officer in Lagos leaving friends of the deceased in a state of shock. 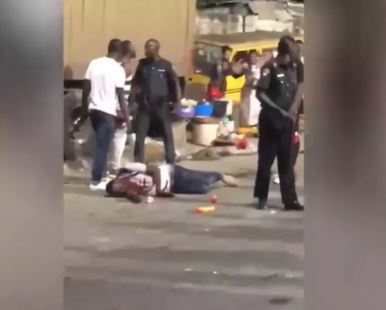 Nigerian man shot by police officer
A man has been left fighting for his life after he was shot by a police officer in Lagos.
The incident happened on Thursday December 26 at Ahmadu Bello Way in Victoria Island, Lagos.
Though the current state of the man spotted lying helpless is not yet known, it was however learnt that he was alive while being filmed.
See video below: 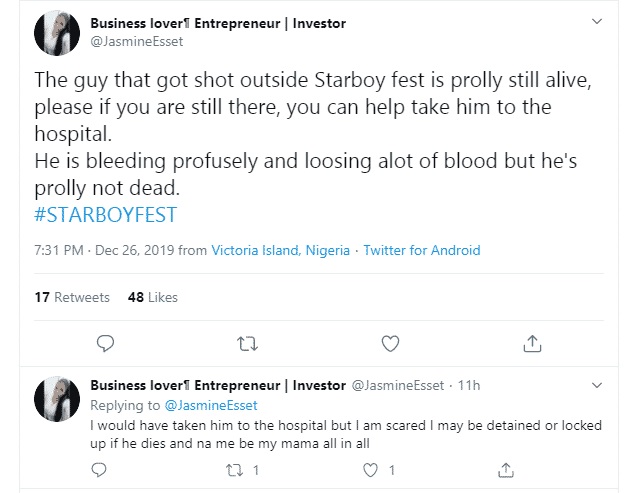 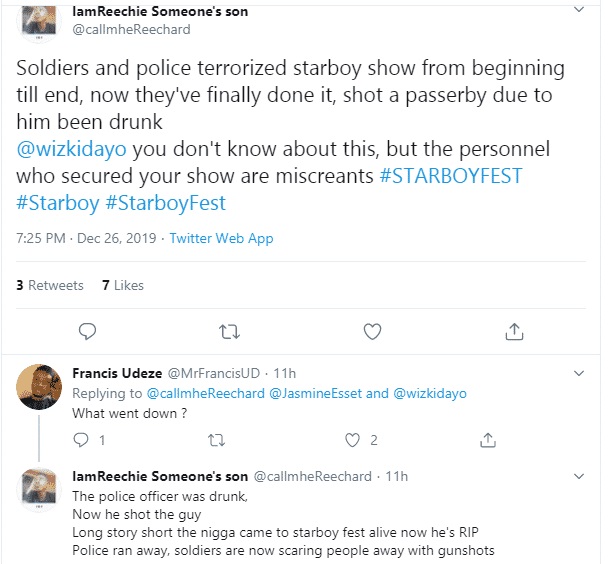