A woman has gone viral after she was spotted looking very angry and bitter in an unusual pre-wedding photos. 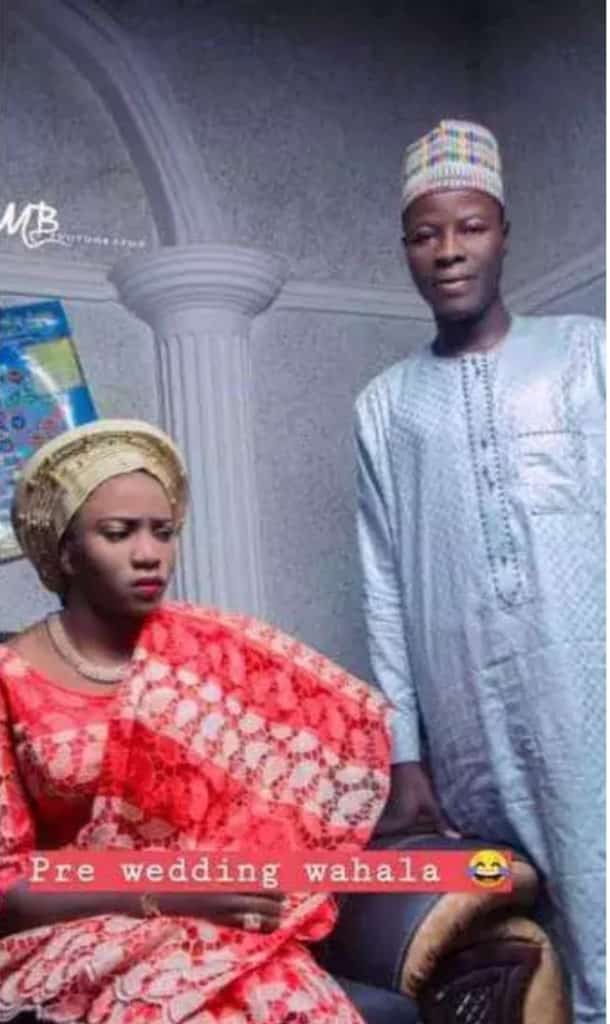 Bride looking angry in pre-wedding photos
Nigerians have reacted after photos of a bride looking very angry in her pre-wedding photos surfaced online.
Netizens are worried that the woman might have been forced to accept the man, reason why she is not happy at a time she should be most happy.
The photos which were shared by a Hausa IG blog, have since gone viral on social media for obvious reasons.
In the pictures going round the internet, the bride-to-be is seen frowning as she posed with her groom-to-be. She didn’t smile in a single photo and this led Instagram users to question if she was forced into the marriage. 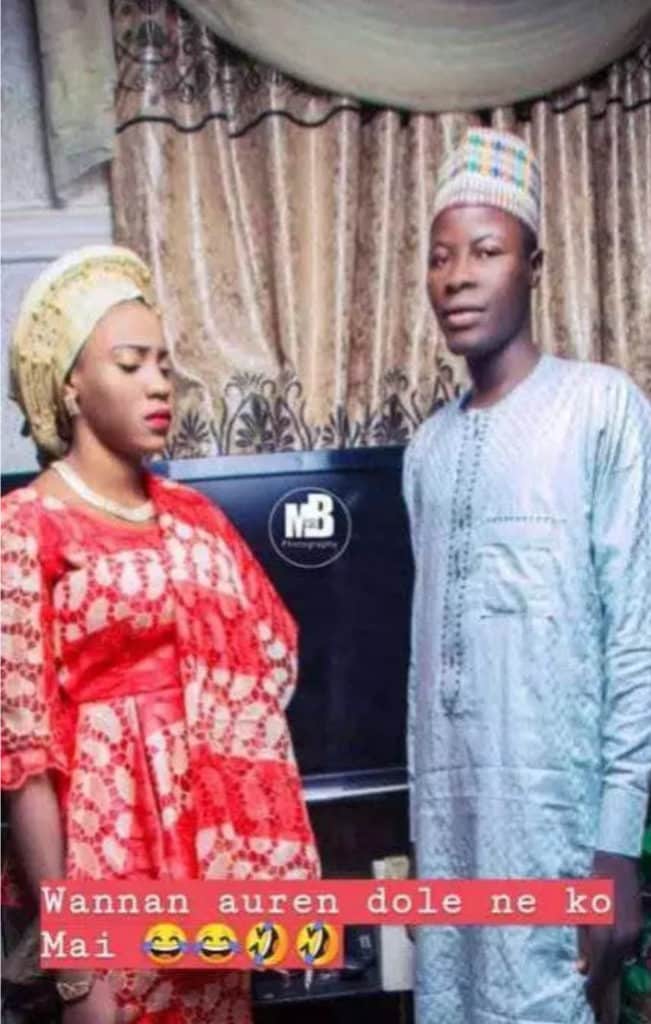 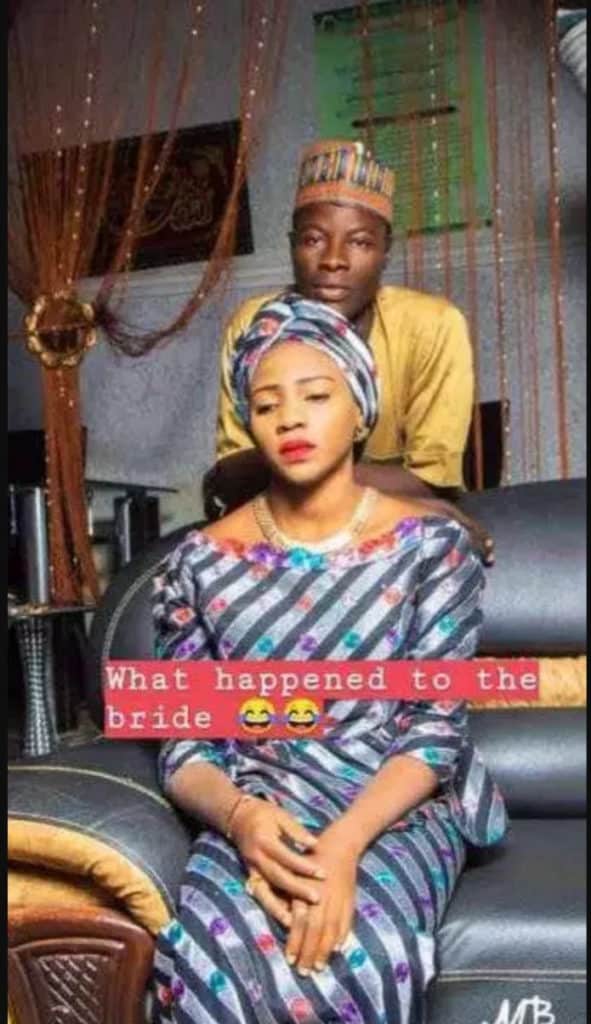