DSS warned that henceforth, it will not condone acts of misrepresentation and falsehood and will explore legal options to seek redress. 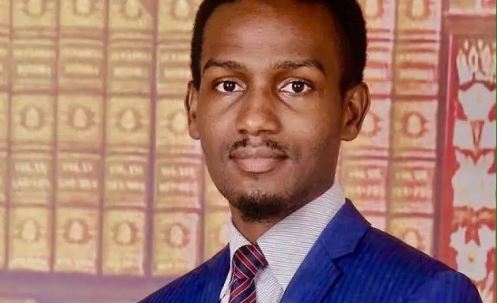 The Department of State Services (DSS) has reacted to reports that the service is illegally detaining some Nigerians.

DSS had been accused of keeping Abubakar Idris (aka Dadiyata), a strong critic on Federal and Kano state governments.

DSS was also said to be holding over 50 suspects “under excruciating conditions and “routinely tortured”.

Peter Afunanya, the spokesman of the service, in a statement on Tuesday, said that Dadiyata was taken away from his house by some armed men does not suggest that those men were DSS staff.

“For the sake of emphasis, the service has no reason to deny its arrest and detention of suspects if actually it carried out operations during, which such persons were arrested.

“It is not out of place for security and law enforcement agencies to arrest and detain law breakers or those suspected to be. The arrest and detention of suspects are procedural and undergo continuous review.

“In certain conditions, some are routinely questioned and released while others are granted administrative bail. Some who are still under investigation or already undergoing prosecution are held on the basis of Court orders.

“Suspect handling is a critical aspect of the Service’s responsibility and this is taken seriously without any form of compromise.

“It diligently carries out this function in strict compliance with the criminal justice administration system and intelligence governance procedures absolutely necessary for consolidating democratic ideals in Nigeria. It is, however, important to state that suspects in the Service’s detention are not “routinely tortured.

“The Service is a professional body and a major stakeholder in Nigeria’s democratic governance. Its operations are guided by strict rules and procedures. It is mindful of the rights of citizens and will, however, continue to perform its statutory roles without let or fear.

“It will hinge such practice on the rule of law, respect for citizens’ rights and support for constituted authorities.”

DSS warned that henceforth, it will not condone acts of misrepresentation and falsehood and will explore legal options to seek redress.