The story has been told of a NOUN final year student who seeks a whooping N10 million for kidney transplant. 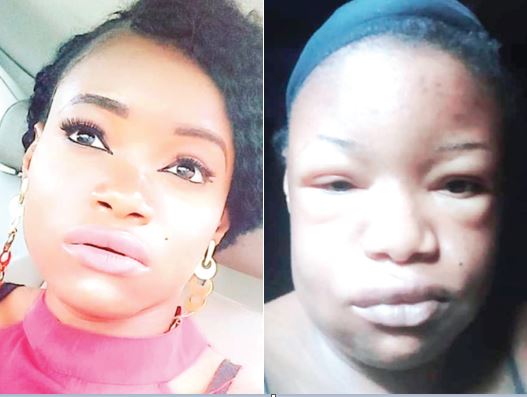 Maryam, 23, whose course of study at NOUN is English and Literature, said based on the recommendation of her medical consultant at the Avon Medical Centre, in Surulere, Lagos, Dr. B.O. Johnson who is a consultant nephrologist, kidney transplant is the way forward in managing her health condition, which was deteriorating rapidly due to the failure of her kidneys.

While relating her experience in an interview, Maryam who is from Argungu in Kebbi State, said she has been diabetic since she was 10 years, a condition that was diagnosed at the Divine Grace Medical Centre in Mafoluku, Oshodi, Lagos.

Mariam said she was subsequently referred to the Lagos University Teaching Hospital (LUTH) where “my mother and I were taught how to manage the diabetes throughout my childhood years”.

The last two years, 2018 to 2019 has been very traumatic for Maryam based on the turn of events. She disclosed that she has been to three hospitals for treatment including the Federal Medical Centre (FMC) Ebute Metta, Lagos where she was rushed to when she lost consciousness, six months ago, though, she later regained consciousness.

The young lady said her mother and other relations including her aunt and uncle supported her to pay hospital bill as her father is late.

“I have been in and out of hospital. I have lost count of the number of times I have been rushed to the hospital from private facility to public and private again. The diabetic condition has lead to ulcer in which I have been persistently vomiting liquid and blood without any end in sight.

“When I was admitted at the FMC from July 25 to August 2, 2019, the consultant in charge of my case, prescribed dialysis.

“I did three dialysis throughout period I was admitted in that hospital.” Maryam said she spent all her savings, which was about N250,000 on treatment.

Fortunately, she earned the sympathy of her bosses at the Sax Innovative Network (HotFun) Casino where she earns a living as a cashier and she was subsequently referred to the company’s health management organisation (HMO), which intervened in her treatment.

The HMO in turn referred her to Avon Medical Centre, which has been providing treatment for her in the last five months. That HMO has settled her hospital bill from August to December, 2019.

Sadly, her consultant informed her three weeks ago, that henceforth, she would require dialysis once a week to survive.

The condition of my kidney has deteriorated and now Dr. Johson has prescribed weekly dialysis to keep me alive.

The medical report signed by Johnson stated: “Maryam, a known hypertensive and diabetic presented at the Avon Medical Centre on August 3, 2019, and has since been managed as a case of chronic kidney disease (stage 5) and is presently on a weekly maintainance haemodialysis regimen.

“In line with proper management of her ailment, a Renal Transplant has been advised as it promises to avail her a better quality of life. Following some enquiries, the cost of a Renal Transplant is said to be within the range of N8.5 million to N10 million.

“Nevertheless, in the interim, her haemodialysis sessions are to proceed as necessary, with the financial cost of a session being N27,000 and weekly adjunct medicationsm ranging N12,000 to N15,000.

Maram is applealing to Nigerians to come to her aid as she has a family who depends on her as the bread winner.

“I need to undergo the kidney transplant as soon as possible,” said Maryam.

Therefore, she has appealed to those that are willing to help to pay into her bank account: Musa Adaeze Maryam 0104406217  Diamond (Access) Bank.