Chief Fani-Kayode has alleged covert plans by some individuals to take his life. 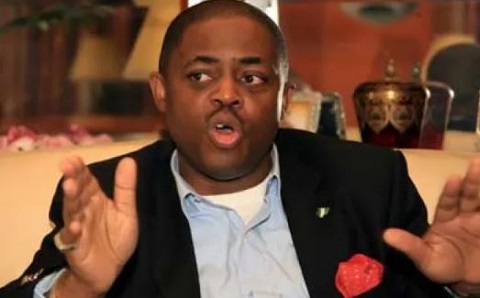 Former Minister of Aviation, Femi Fani-Kayode has alleged that there is a grand conspiracy to murder him.

He said on Wednesday that the conspiracy had been exposed with solid evidence as those involved had been identified.

According to him, the matter had gone to the higher level and that all those involved would hear from him soon.

“The conspiracy to murder me has been exposed with solid evidence. Those that are involved have been identified. The attempt to cover their tracks have failed. The matter has gone to the highest level. All those involved will hear from us SOON.I shall not die.Ur agent has failed,” he tweeted. 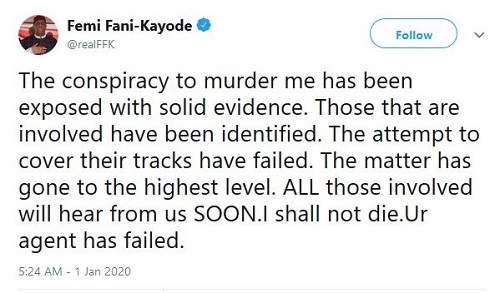