Police have taken a man into custody over suspicion in the double murder of his estranged wife and her lover. 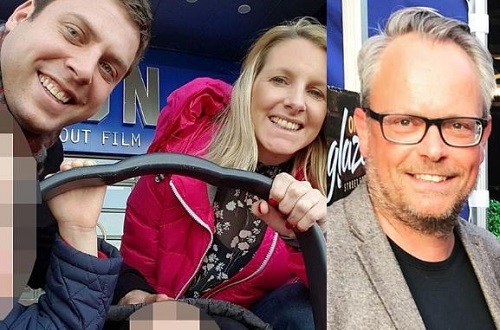 A man has been charged with the murder of his estranged wife and her new lover who were both found stabbed to death on New Year’s Day.

39-year-old Helen Hancock was found dead alongside her lover Martin Griffiths, 48, at a property in the upmarket village of Duffield just months after she left her husband and 'getting her life back together'.

Days before the horrific knife attack, it was confirmed that Helen called officers from Derbyshire Police to her home.

Helen's estranged husband Rhys Hancock, 39, who is a headteacher will appear at Southern Derbyshire Magistrates Court on Friday morning (Jan.3) for the double murder of his wife and her company director lover, who was a father of two.

Grieving families of the new couple have taken to social media to pay tribute.

Ms. Almey's relatives said: 'The family are devastated at the loss of Helen who was a lovely, beautiful, friendly, bubbly and social person'.

While Mr. Griffiths's loved-ones said: 'Martin was a lovely dad, husband, son, brother, and uncle, who had a passion for adventure, running and a love of animals. He enjoyed travelling the world, mountain climbing and spending time with his two children. He will be greatly missed'.