A young lady has landed in trouble after she refused to send back money her lover mistakenly sent to her account. 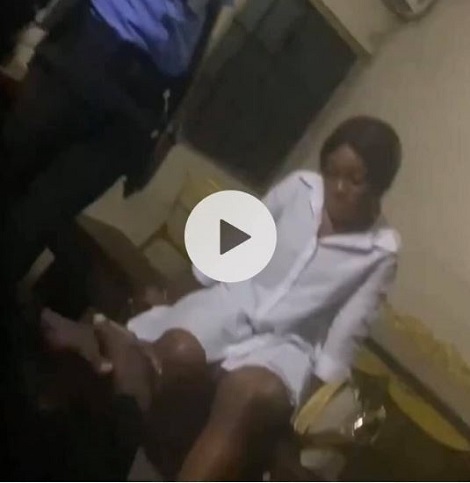 The young lady being interrogated by Police

A Nigerian lady has found herself in police custody after she tried to make away with N950,000 which her lover mistakenly sent to her account.

According to Joshua Odeyemi who shared the news on Twitter, after the duo met themselves, the girl started demanding cash from the guy for different reasons.

The first time she demanded 100k to settle an issue, which he paid. The second time, she asked for N95k to buy human hair weavon, and he also agreed to send the cash. However, while transferring the cash, he mistakenly sent N950,000 instead of N95k.

Immediately the girl saw the N950k, she blocked the guy on WhatsApp, archived her Instagram pictures and stopped contact with him.

However, luck eventually smiled on the man after he met her at the beach, chilling with friends and drinking champagne. He approached her about the money, and she said she thought the extra cash was for the sex they had while they were together.

The police later came to intervene in the matter, and interrogation started. 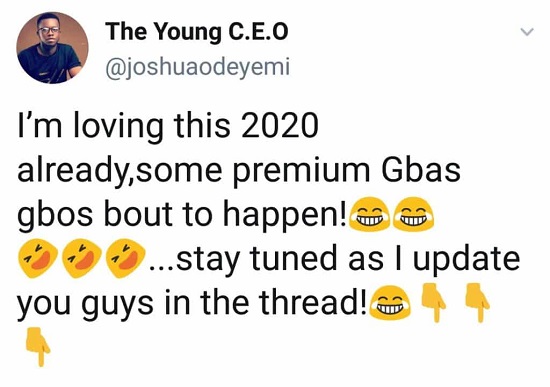 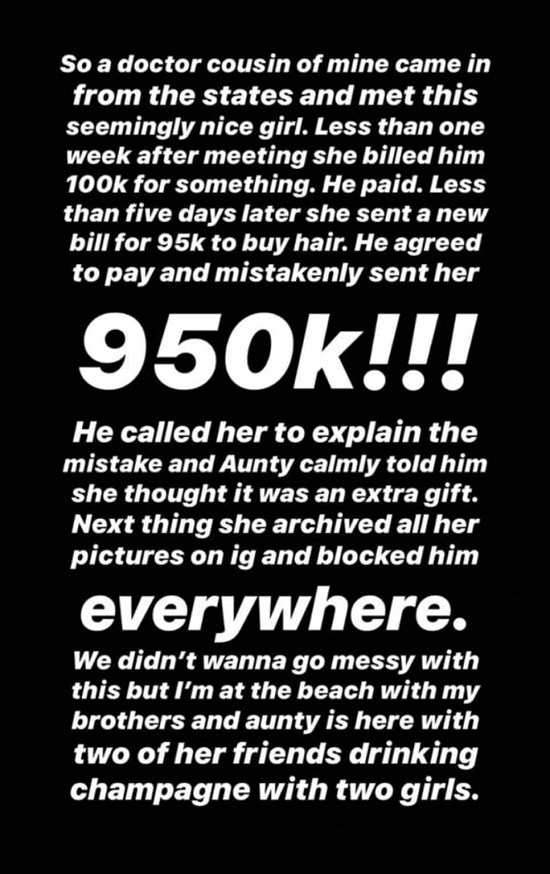 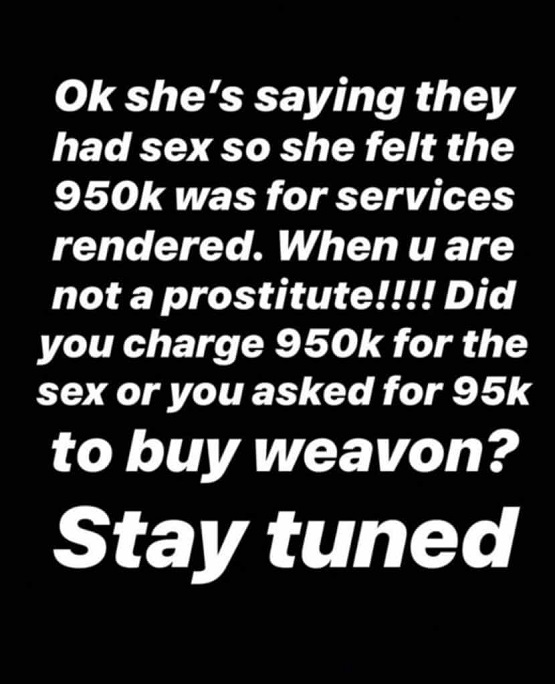 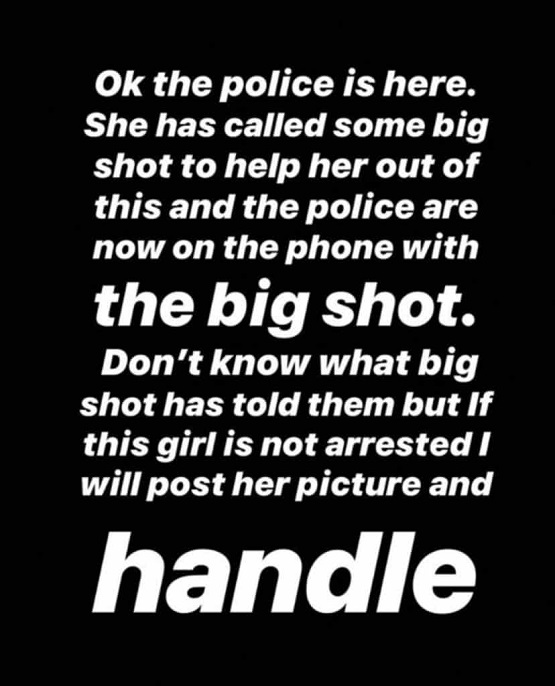 Nigerian lady arrested after she refused to return N950k which was transfered to her account by mistake........allegedly uses the money to pay her rent