Following the death of its commander, Iran has vowed to take its revenge on America. 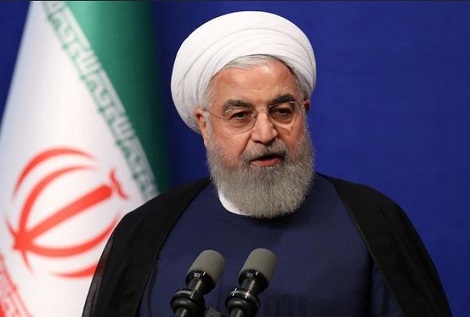 Iran and the “free nations of the region” will take revenge on the United States for killing Revolutionary Guards commander Qasem Soleimani on Friday, President Hasan Rouhani said.

“There is no doubt that the great nation of Iran and the other free nations of the region will take revenge for this gruesome crime from criminal America,” Rouhani said, referring to Iran’s allies across the Middle East.

Soleimani’s “martyrdom … by the aggressor and criminal America has saddened the heart of the nation of Iran and all the nations of the region,” he said in a statement posted on the Iranian government website.

His death had “redoubled the determination of the nation of Iran and other free nations to stand against America’s bullying and defend Islamic values”, said Rouhani.

“This vile and cowardly act is another sign of America’s desperation and weakness in the region,” the president added.

Oh No! Body Of 'Stowaway' Found In Landing Gear Of A Plane That Arrived In Amsterdam From Nigeria
Recent Stories