So Sad! Meet The Woman Who Had Her 2 Breasts Removed After Being Wrongly Diagnosed With Cancer


A woman has had her two breasts removed after she was wrongly diagnosed with cancer by medical practitioners. 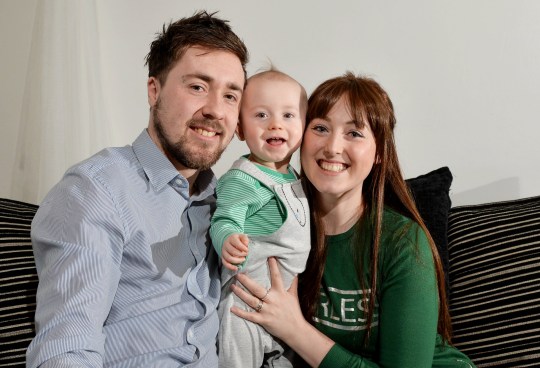 Sarah Boyle and her family before the diagnosis

A mum-of-two underwent a double mastectomy and months of chemotherapy before finding out she had been misdiagnosed with breast cancer.

Sarah Boyle, 28, was told she had triple negative breast cancer in 2016, after doctors at Royal Stoke Hospital misread her biopsy.

She then endured months of ‘horrific treatment’, including having both her breasts removed, before her surgeon informed her of the mistake in June 2017.

Ironically she was then also told reconstructive surgery could increase the risk of her developing breast cancer in the future.

She was also warned the ‘unnecessary’ treatment could lead to fertility issues, but fortunately went on to have a healthy second child Louis, now one.

Sarah, who lives in Stoke-on-Trent with husband Steven, 31, and sons Teddy and Louis, said: ‘To be told you have cancer and it’s uncommon for someone your age was hard enough to take in.

‘But then to be told after months of horrific treatment that it was all unnecessary is something I’m not sure I’ll ever fully come to terms with.

‘It’s not just the physical effects that I have been left with but also the mental torture of what I’ve been through.

‘A misdiagnosis of cancer can ruin people’s lives and some people may not be as fortunate to survive.’

Sarah is now calling for cutting edge artificial intelligence technology to be more widely used in hospitals in hopes it will help prevent other women from being misdiagnosed.

She continued: ‘It vital to raise awareness of the consequences that families can be left to face because of errors.

‘Anything that helps reduce the number of people affected by a misdiagnosis or allows others to receive treatment more quickly has to be welcomed.’
Special medical negligence lawyers investigating Sarah’s case have secured an admission of liability from University Hospitals of North Midlands NHS Trust. 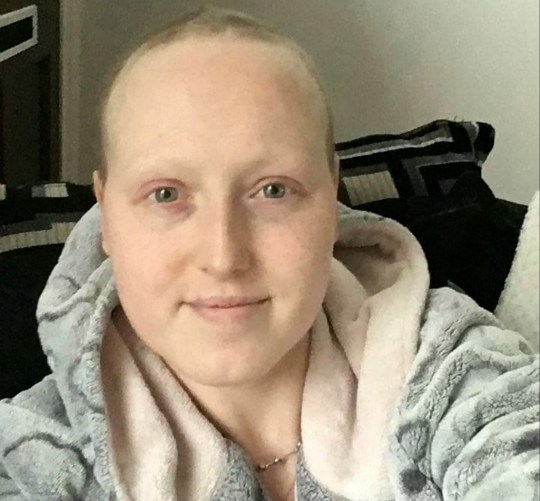 Lawyer Sarah Sharples said: ‘What Sarah and her family have had to endure is truly shocking and the effect of what happened continues to impact on their lives.

‘Sarah has suffered significant psychological trauma as a result of what she has been through, and also continues to endure ongoing symptoms caused by her treatment.

‘The use of technology should not replace human input but technological advances that can complement and assist medical professionals to improve care and lessen waiting times and anxiety for patients should be welcomed.

‘While this research is in its infancy the results of this study appear to be very promising. We are continuing to support Sarah to help her try and come to terms with what happened to her the best she can.’

The University Hospitals of North Midlands NHS Trust put the misdiagnosis down to ‘human error’ and has since apologised to Sarah.

A spokesperson said: ‘A misdiagnosis of this kind is exceptionally rare and we understand how devastating this has been for Sarah and her family.

‘In addition to an unreserved apology to Sarah, the findings of the investigation have been shared with her and the case is now part of an on-going legal claim with which the Trust is co-operating fully.

‘Ultimately the misreporting of the biopsy was a human error so as an extra safeguard all invasive cancer diagnoses are now reviewed by a second pathologist.

‘Sarah continues to be in regular contact with the clinical team who treated her and they are always available to discuss any on-going concerns she may have.’