Fresh Pressure On Presidency To Bring Daura Back


The ex-DSS boss was removed following public outrage over the invasion of the National Assembly complex by masked operatives of the service. 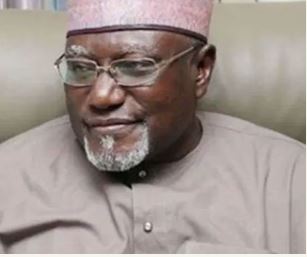 The immediate past Director-General of the Department of State Security Services (DSS), Malam Lawal Daura, may be on his back to the nation’s security structure as fresh pressure mounts on the Presidency to review his case.

Daura was relieved of his appointment 17 months ago in the aftermath of the invasion of the National Assembly by operatives of the DSS.

But it is not immediately clear the capacity in which Daura will serve should the Presidency yield to pressure. The Nation gathered that Daura has been providing security advisory to the government.

Some powerful forces in the presidency, who are agitating for the reinstatement of the ex-spy boss, are said to be weighing options on Daura’s next duty.

One, according to sources, is to offer him a formal role and the other is for him to continue his present ad hoc advisory roles on security and intelligence service.

Most of his backers in the presidency are said to favour an official responsibility for Daura. But this is already causing anxiety among some security and intelligence officers. A few power brokers are, however, opposed to the reinstatement of Daura in whatever form.

Their argument is that bringing Daura back might send a wrong signal that the Presidency is not united as he was removed Vice President Yemi Osinbajo held the forth during President Muhammadu Buhari’s illness. They said there was no need to revisit Daura’s case despite the fact that a “few things were wrong.” Daura was sacked and arrested on the orders of the then Acting President Osinbajo on August 7, 2018.

The ex-DSS boss was removed following public outrage over the invasion of the National Assembly complex by masked operatives of the service which made it difficult for lawmakers and civil servants to have access to the complex. The invasion was alleged to be an attempt to intimidate the leadership of the 8th National Assembly which was always at loggerheads with the presidency.

But the sack of Daura was said to have angered some powerful forces in the presidency, who are popularly called the “Cabal.” Findings confirmed that following pressure on President Muhammadu Buhari, he had ordered a discreet investigation into the sack of Daura. The former DSS boss has also had the opportunity to state his own side of the “invasion of the National Assembly”, which he described as a “normal operation.”

It was learnt that five issues had cropped up in the presidency since Daura was removed, namely:

There was procedural error in the removal of Daura because as the Commander-In-Chief, President Muhammadu Buhari was informed after the ex-DG was removed

All items retrieved from the residence of Daura were returned intact to him suggesting that there was no allegation of fraud.

How does Daura get justice having been rubbished?
Intelligence competence of Daura

A reliable source said: “Following recent developments, there is pressure on the presidency by some powerful forces to reinstate Daura into the nation’s security structure. “Technically, they alleged that Daura committed no infractions having described the siege on the 8th National Assembly as “a normal operation” of the DSS based on some clues. They alleged that since Daura was neither queried nor interrogated, he could not be blamed for anything.

“They said the chambers of the Senate and the House of Representatives were not invaded by DSS operatives, who only restricted themselves to the entrance gate of the National Assembly.

“These powerful forces were angry that the President was notified of the sack of the ex-DG after it has been done. They described the removal as hasty.”

The source said the “intelligence asset/ competence of Daura”, despite certain controversies like the invasion of Supreme Court judges quarters, have made some of these forces to insist on his return. “Those behind Daura are saying that his competence and international connections cannot be wished away. They do not want the government to throw away the baby with the bathwater.

“They are seeking justice for Daura, whose manner of removal was unbefitting. He lives with a stigma of being disgraced out of office. And the sack was not a true reflection of the reality then.” Another source said a few power brokers are strongly opposed to the return of Daura because “it will amount to a divided presidency.”

The source said: “Although it is a common knowledge that Daura is supporting the Presidency, his reinstatement will send a wrong message to Nigerians. It will also be a slight to the Vice President, who was then the Acting President when Daura was sacked.

“They argued that all over the world if there are decision errors by any government, they become collective responsibility to bear.

“They are in favour of peripheral engagement of Daura whose intelligence link is invaluable.

“They have asked the Presidency to avert a distortion of the nation’s security apparatchik which the return of Daura might cause.”

Responding to a question, the source said: “It is a common knowledge that those behind Daura have been fighting back with the recent intrigues in the presidency which have whittled down the powers of the Vice President.

“Even though the President has denied cracks, the stripping of the VP of some duties was part of the Cold War over the removal of Daura.”As at press time, it was unclear if Daura will be formally brought back to the government to head a new security umbrella or he will continue to operate underground for Buhari administration. But the rumours of his likely return have caused anxiety among some security chiefs.

A government source said: “Certainly, there is disquiet within the security circle since intelligence picked it up that Daura might be asked to return to play a fresh role in Buhari’s administration. “The anxiety borders on the likely rejig of the security architecture and the stepping down of some security chiefs.

“No one knows the mindset of the presidency. I think it is weighing its options.”

Biafra: God Has Given Me Another Assignment - Nnamdi Kanu Declares
Recent Stories