A man has been physically assaulted by some police officers in Enugu after he refused to unlock his phone. 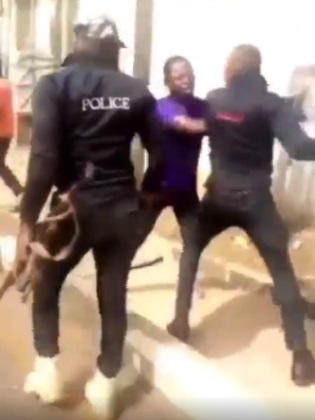 Man being beaten by Nigerian Police
Some police officers have been caught on tape allegedly assaulting a young man identified as Justice Obasi, for refusing to unlock his iPhone.
A social media user who shared the video, alleged that the assaulted young man who is an interior designer was accused of being a yahoo boy (internet fraudster) by the police officers without evidence.
The incident reportedly occurred at Kenyatta area of Enugu State around 10am on January 4.
Watch video below: