The statue of Zlatan Ibrahimovic has been vandalised again by his former fans due to his association with Hammarby. 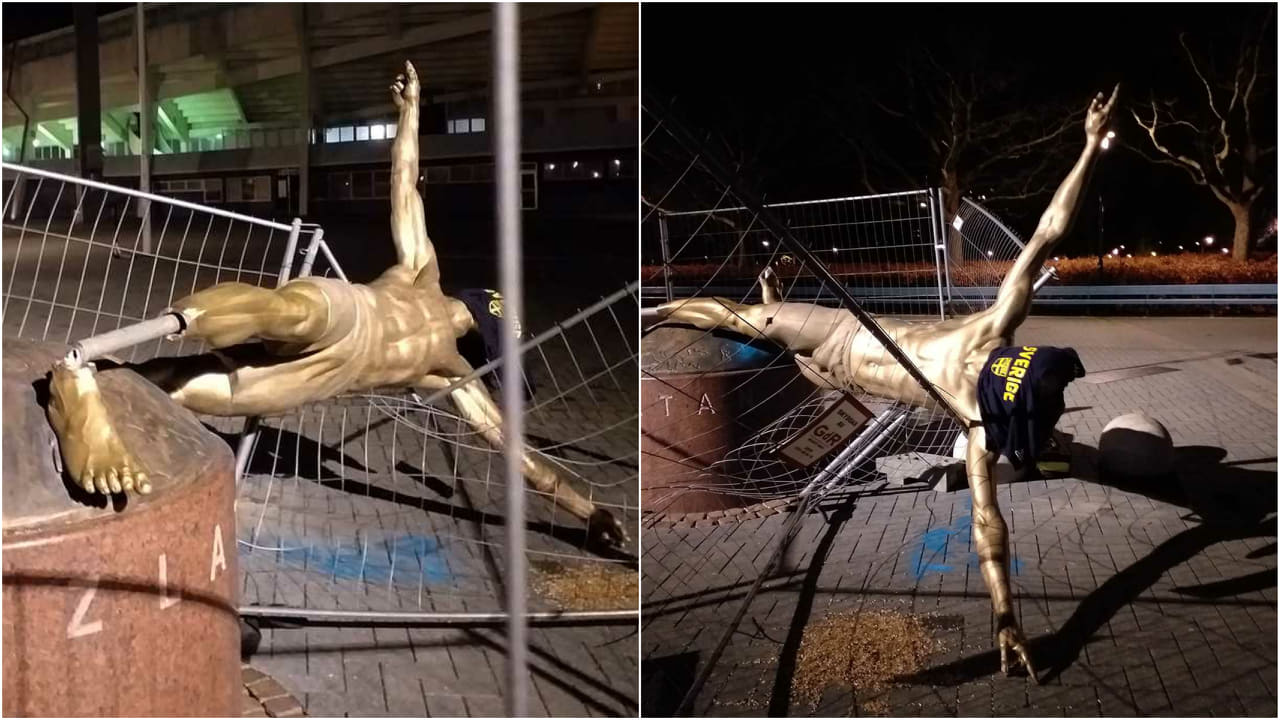 A statue of Zlatan Ibrahimovic erected in his hometown of Malmo has fallen victim to another act of vandalism.

In the most damaging attack yet, the sculpture paying homage to the former Man Utd striker has been pulled over leaving it barely attached to the base.

Protesters have already targeted the statue on numerous occasions previously, in response to Ibrahimovic investing in rival Swedish club Hammarby.

Ibrahimovic started his career with Malmo FF , but his association with Hammarby has angered fans of his first club.

The statue had been sawn at the ankles in the last incidence, causing it to lean up against a surrounding barrier installed to protect it from further damage, until the attack on Saturday night caused further ruin.

Ibrahimovic was forced to file a 'hate crime' complaint with police after the first attack in November, after the door of his Stockholm home had the word 'Judas' daubed across it.

Locals have already requested removal of the statue - which was only unveiled to the public in October.

A decision on whether to keep the bronze figure will be considered in February.