Church Worker Lands In Serious Trouble After Staging His Own Kidnap


A church worker has gotten himself into serious trouble after being found out to have staged his own kidnap. 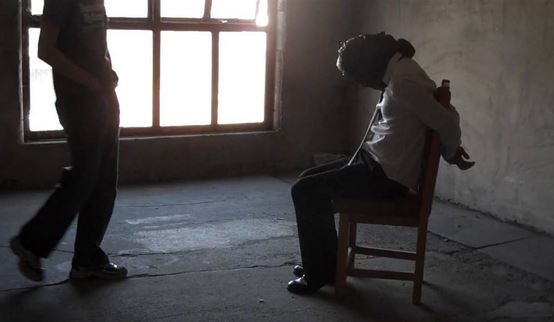 The Territorial Police in Greater Masaka, Uganda, has arrested a missionary volunteer Taulus Zanto for faking his own kidnap.

Zanto was arrested with his accomplice Makumbi John, a former workmate, pretending to be his abductor and was demanding a ransom.

The suspect was reported missing to the police by the national president of his church, The Church of Jesus Christ, Walter Chatora.

Chatora reported that the Liberian national was kidnapped by unknown persons from his residence on January 2nd at around 11 pm.

Subsequently, the alleged kidnappers started demanding for a ransom of $20, 000 for his release, lest he would get killed.

The police search, however, located the 20-year-old in a hideout in Nyendo Masaka district, where it was established that his kidnap was a plot to get quick money.

“We are launching an awareness campaign to fight this vice of extortion, where criminals lie about kidnapping a loved one and then demand for money,” police spokesman Enanga Fred said in a statement on Monday.

“The suspects are being charged with conspiracy, giving false information and demanding by menaces.”