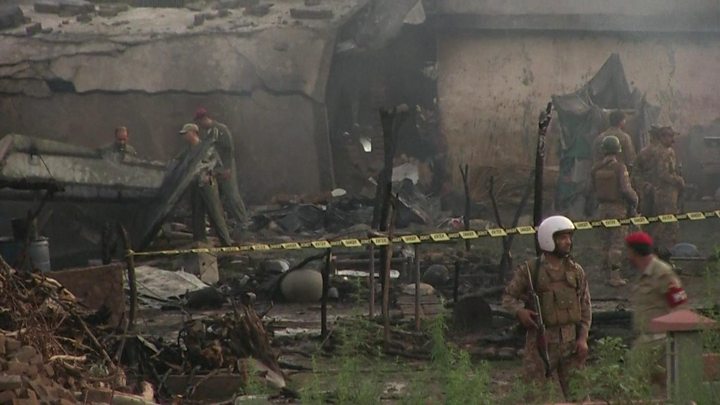 Pakistan military aircraft crashes, 2 pilots killed
A Pakistan military aircraft crashed near an air base on Tuesday, killing two pilots, an air force spokesman said.
The FT-7 jet came down on a routine training mission near the central district of Mianwali, the spokesman added.
He named the pilots as Squadron Leader Haris bin Khalid and Flying Officer Ibaad-ur-Rehman and said a board of inquiry would look into what caused the crash.
(Reuters/NAN)
Top Stories