UK Reacts After Iran Bombed US & Coalition Forces In Iraq


The United Kingdom has broken its silence after Iran bombarded Iraqi bases housing coalition military including U.S. and UK forces. 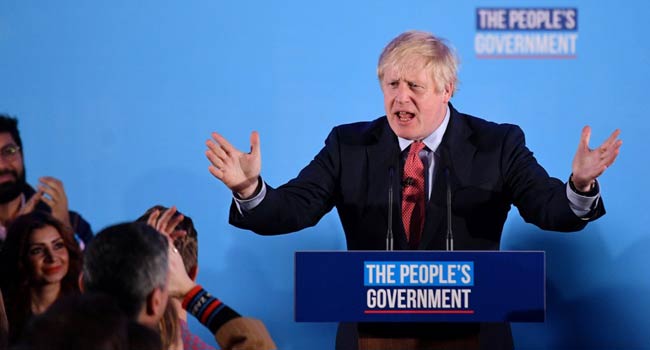 UK Prime Minister, Boris Johnson
The British authorities have reacted to the latest twist in the military tension building up between the U.S. and Iran.
Britain in its reaction on Wednesday, condemned the missile attacks by Iran on Iraqi bases housing coalition military including U.S. and UK forces.
Britain in a reaction through Foreign Secretary Dominic Raab, voiced concern over “reports of casualties” from the strikes.
“We condemn this attack on Iraqi military bases hosting Coalition – including British – forces.
“We are concerned by reports of casualties and use of ballistic missiles,” he said.
It will be recalled more than a dozen missiles have been fired by Iran at two Iraqi military bases hosting coalition including U.S. troops.
The missiles were targeted at the Ain al-Assad base in Anbar province and a facility near Erbil’s airport in northern Iraq in the early hours of Wednesday.
The missiles are believed to have been fired in retaliation for the killing of top Iranian commander Qassem Soleimani by the United States.
-NAN
Top Stories