While praying for the repose of the soul of Asagba, Omo-Agege prayed to God to grant his family and loved ones the fortitude to bear such irreparable loss. 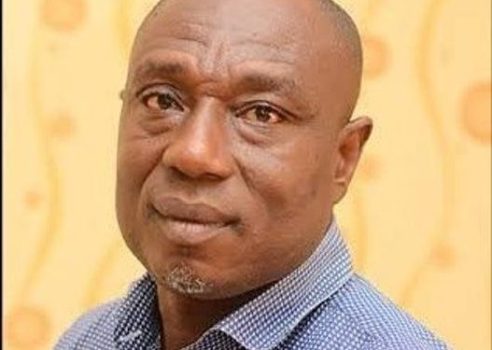 The Deputy President of the Senate, Senator Ovie Omo-Agege has expressed shock over the demise of one his legislative aides, Mr Mudiaga Asagba.

In a statement signed by his Special Adviser on Media and Publicity, Yomi Odunuga, Senator Omo-Agege described the aide’s death as “a very sad loss”.

According to him, the former broadcaster was a dedicated staff who gave his all in the discharge of his duties during his brief time as a legislative aide.

Until his demise, Mudiaga Asagba, an ace broadcaster whose professional experience traversed both radio and television, was a Special Assistant on Media to the Deputy President of the Senate.

While praying for the repose of the soul of Asagba, Omo-Agege prayed to God to grant his family and loved ones the fortitude to bear such irreparable loss.

“I receive the news of the sudden death of Mr Mudiaga Asagba with a heavy heart; he was not only passionate about the job but also gave his all.

“He will be greatly missed. My thoughts are with his family and loved ones at this trying time,” Omo-Agege said.

Mudiaga Asagba passed on in Abuja in the early hours of Monday at the age of 52.

Asagba was a former broadcaster with the Delta Rainbow Television (DRTV) in Warri before he voluntarily resigned and joined the services of Quest FM and Television Station in Otor-Ogor, Ughelli North Local Government Area of Delta State.