Photo Of Man Who Got Electrocuted While Vandalising Transformer In Osun


A man has been electrocuted while he was vandalizing a transformer in a community in Osun state. 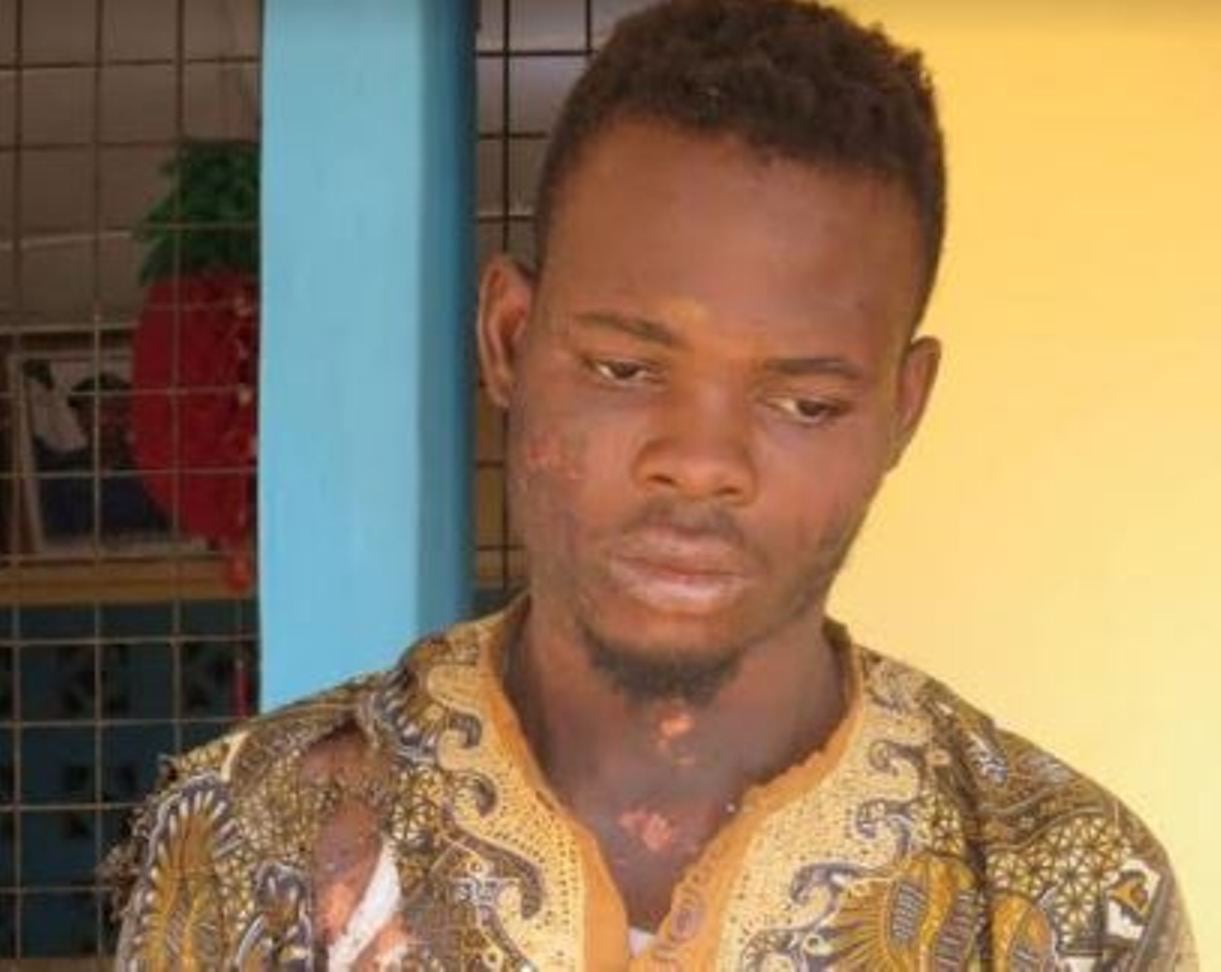 According to Punch Metro, a suspected vandal, Ibrahim Ojo, has been arrested while attempting to steal components of a transformer in the Araromi area of Ijebu-Jesa, Osun State.

The Osun State Police Command confirmed the arrest on Wednesday.

Armed with a pair of pliers, it was learnt that Ojo was already deep in the act when power supply was suddenly restored to the transformer.

The suspect was electrocuted and sustained injuries in the hands, chest and buttocks, and was apprehended by the police.

The state Commissioner of Police, Johnson Kokumo, said the suspect had been transferred to the State Criminal Investigation Bureau for further investigation into the matter.

Kokumo, who spoke through the command’s spokesperson, Folasade Odoro, said the suspect was arrested following a tip-off on the activities of vandals in the area.

He warned that the command would ensure that those involved in vandalism of public utilities as well as those receiving stolen items from the vandals were dealt with to serve as a deterrent to others.

Kokumo stated, “We have been monitoring the area following complaints from the residents about the activities of vandals.

“On that particular day, Ibrahim Ojo was arrested in the Araromi area; as he was attempting to vandalise a transformer, power was suddenly restored.

“He sustained injuries all over of his body and we will take him to court upon the conclusion of investigation into the matter. We want to ensure that the vandals and those receiving the stolen items from them are made to face justice to serve as a deterrent to others.”