A Nigerian man who said he will dump his wife and marry his sidechic if she remains calm during a confrontation has gotten more than he could chew. 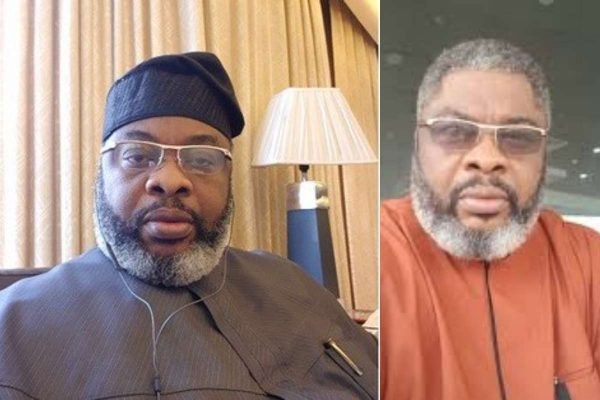 Olushola Olufolabi
A Nigerian political analyst, Olushola Olufolabi, has courted controversy after saying that he will settle down with his sidechic if she remains calm while being attacked by his wife.
He made the statement while reacting to a recent video of an alleged side chic being attacked by a man’s wife at Ikeja Mall. The lady remained calm all through the assault.
Taking to his Twitter page, Olushola Olufolabi wrote that if his wife disrespects him by making a public show with his side chic, and the lady is able to keep calm, then he is going to upgrade her to his wife.
He wrote:
IF you as my wife meet my side chick in a mall and you choose to disrespect me by making a show of it, if the babe respect's me and keeps her calm. I am upgrading her to wife, end of story…..
— Olushola Olufolabi (@olushola_shola) January 9, 2020
His statement did not go down well with some of his followers. See comments below:
@fasheyitan2: I will do the same, what if I decide I want to be polygamist. Abeg all this cheating and it’s wrong it’s left ideas no follow. Na African I be and na Africa I dey. Oya make una come kee me.
@HRH_onyx: And you didn’t disrespect her by sleeping with a side piece. Sometimes you men make we that hate feminism start having a rethink. She disrespected you smh.
@momosun04: Bros, since I started following you, I particularly agree with most of your tweets. But on this, it’s a big NO. Under no circumference, must a side chick be upgraded. Question, what does the side chick have, that madam does not have? Just a simple question, sir
@EdoIdat: Wow! Can’t support you on this sir. I wish you could also do a tweet that condemns men keeping side chicks. It’s like we are making this look like the cause of the woman’s reaction isn’t the husband. I find it hard to believe that all the blame is been given to the woman.
@thisismojeed: If you as a husband meet your wife’s sugar boy (or side man) and you chose to disrespect her by making a big deal of it and the side guy respect’s her and keeps calm. The side boy should be upgraded to the role of a husband. End of story. This shii goes both ways hommie!
Watch video of sidechic being disgraced by a married woman:

Married woman embarrasses husband’s side chick at Ikeja Mall... IS THIS GOOD OR BAD???? 🤣