Man Dies Four Years After Being Poisoned By Colleague


A man has lost his life after his co-worker peppered his food with mercury and other substances over several years. 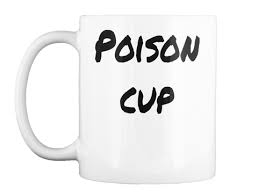 A young man in Germany has died four years after being poisoned by a co-worker and falling into a coma.

The state court in Bielefeld, which convicted the suspect in the case last year, confirmed the death on Thursday, German news agency dpa reported.

It said the 26-year-old’s parents spoke about their son’s suffering during a trial last year.

A 57-year-old man, identified only as Klaus O. for privacy reasons, was sentenced to life in prison last March after the court in Bielefeld, 330 kilometers (205 miles) west of Berlin, found him guilty of attempted murder.

The defendant, who has appealed the verdict, had peppered co-workers’ food with mercury and other substances over several years, leaving one in a coma and two others with serious kidney damage, DailyMail reports.

He was arrested in May 2018 after surveillance video showed him putting a suspicious powder on a colleague´s sandwich at their workplace in the town of Schloss Holte-Stukenbrock.