War: Iran Reveals Why It Didn't Kill US Soldiers In Missile Attacks, Speaks On Next Plan


The Iranian commander also declared that the attacks were the start of a series of attacks across the region. 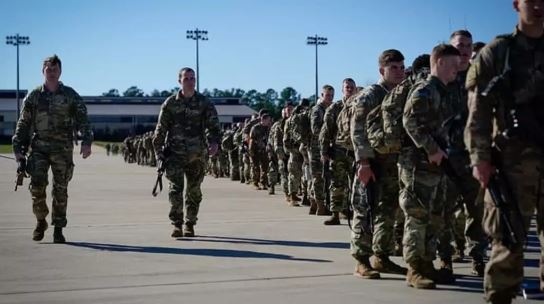 Iran has claimed that the Wednesday’s missile attacks on American bases in Iraq were not targeted to kill any soldier.

A senior Iranian commander, Amirali Hajizadeh, said the attacks in Iraq did not aim to kill American soldiers but sought to damage Washington’s “military machine.”

He also declared that the attacks were the start of a series of attacks across the region, Al Jazeera reports.

Hajizadeh, the head of the Revolutionary Guards Aerospace Force, also said the “appropriate revenge” for the US killing of Qassem Soleimani was to expel US forces from the Middle East.

He also said Iran had hundreds of missiles at the ready and when Tehran launched missiles on Wednesday it had used “cyber attacks to disable (US) plane and drone navigation systems.”

Iran had on Wednesday launched over 15 missiles on US targets in Iraq in retaliation to the death of Qassem Soleimani, who was buried on Tuesday.

It further issued another warning that any US retaliation to the missile attacks in Baghdad would lead to an all-out war in the Middle East.