It was gathered that he slumped at his residence and was rushed to the Federal Medical Centre Umuahia, where doctors confirmed him dead. 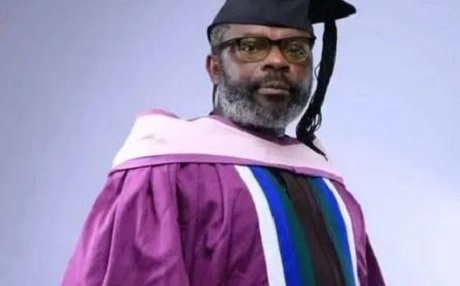 The transition Committee Chairman of Arochukwu council area of Abia State, Engr. Onyekachi Okoro has reportedly died as he slumped at his residence at Umuahia.

Okoro was reported to have died on Thursday as he returned from work.

Although information about his death was sketchy as at the time of filing this report, Vanguard gathered that the late Okoro held a meeting in his office after he visited some political stakeholders in Arochukwu.

One of his aides, who declined to have his name on print, told Vanguard that he slumped at his residence and was rushed to the Federal Medical Centre Umuahia, where doctors confirmed him dead.

Unconfirmed reports have it that his death may not be unconnected to cardiac arrest.

Okoro was appointed as the TC chairman of the council in December 2019.

When Vanguard visited the FMC, Umuahia, most of his political associates were seen lamenting over his death at the emergency ward of the hospital.

Abia State Commissioner for Information, Chief John Okiyi Kalu,  said the family of the late council boss was yet to get in touch with the state government.

The Commissioner insisted that the government would not confirm or make any statement on the development until it is formally notified by the family.