The Ebonyi State Police Command has arrested a man for allegedly killing his father during a quarrel over cooked yam. 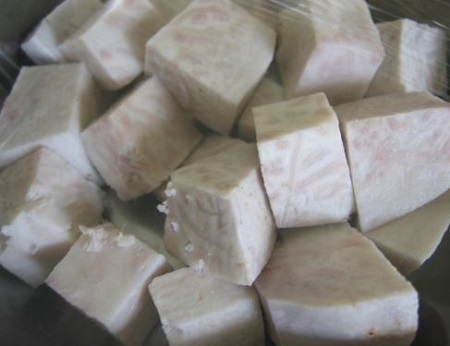 An Ebonyi State Magistrates’ Court sitting in Abakaliki, on Thursday, remanded in a correctional centre a 37-year-old man, Chibueze Iduma, for allegedly killing his father with his walking stick.

It was learnt that the suspect and his father, Mr Emmanuel Iduma, had an altercation over a piece of cooked yam when the incident occurred.

The accused was said to have cooked a piece of yam and left it in the house to see a friend in the area, only to return and discovered that his father had eaten it.

“While they quarrelled over the cooked yam, the father hit the son with his walking stick and in retaliation, the son hit him back and the father fell down and died,” the police said.

It was further gathered that the accused committed the offence in the Amaefia Ngbo community in the Ohaukwu Local Government Area of the state on December 20, 2019, but was arraigned on one count of murder on Thursday.

The police prosecutor, Inspector Chinedu Mbam, told the court that the offence was punishable under Section 319 (1) of the Criminal Code, Cap. 33 Vol. 1, Laws of Ebonyi State of Nigeria, 2009.

The charge read, “That you, Chibueze Iduma, on December 20, 2019, at the Amaefia Ngbo village in the Ohaukwu Local Government Area of Ebonyi State, under the jurisdiction of this honourable court, did unlawfully cause the death of one Emmanuel Oba Iduma by hitting him with a walking stick, thereby committing an offence punishable under Section 319 (1) of the Criminal Code, Cap. 33 Vol. 1, Laws of Ebonyi State of Nigeria, 2009.”

The defence counsel urged the court to admit his client to bail, but the application was not granted.

The Chief Magistrate, Blessing Chukwu, said the court lacked the jurisdiction to entertain the matter.

She directed that the accused be remanded in the Nigerian Correctional Centre, Abakaliki, while his case file should be transferred to the Director of Public Prosecutions in the state for advice.

The matter was adjourned till February 29, 2020, for the report of compliance.