Iran Plane Crash: The victims Of Ukraine Flight By Nationality


Already intelligence sources from the United States reported that the plane was downed by a Russian made surface to air missiles. 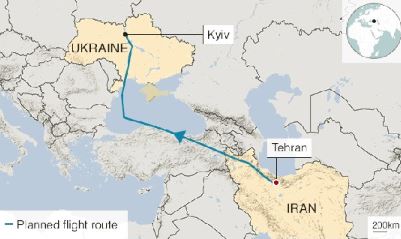 A Ukrainian airplane carrying 176 passengers crashed minutes after taking off early Wednesday from Iran’s Imam Khomeini International Airport, killing all passengers and crew members on board.

The cause of the crash is currently unknown, although Iran cited “technical problems.” As the investigation continues, Ukraine’s embassy in Tehran issued a statement ruling out terrorism and then removed it.

The fatal crash unfolded during a particularly tense time in the region: In a growing conflict with the United States, triggered by the killing of Iranian Maj. Gen. Qasem Soleimani, Iran fired more than a dozen missiles targeting Iraqi bases housing U.S. troops four hours before the Ukraine International Airlines jet went down.

The victims include 82 Iranians, 63 Canadians, 11 Ukrainians, in addition to nine Ukrainian crew members, 10 Swedes, four Afghans, three Germans and three Britons, according to Ukraine’s Foreign Ministry. More than 140 passengers were Iranian nationals, according to Iranian officials, suggesting that many possessed dual citizenship.

Already intelligence sources from the United States reported that the plane was downed by a Russian-made surface to air missiles, while Iranian authorities declared that it was due to technical problems. 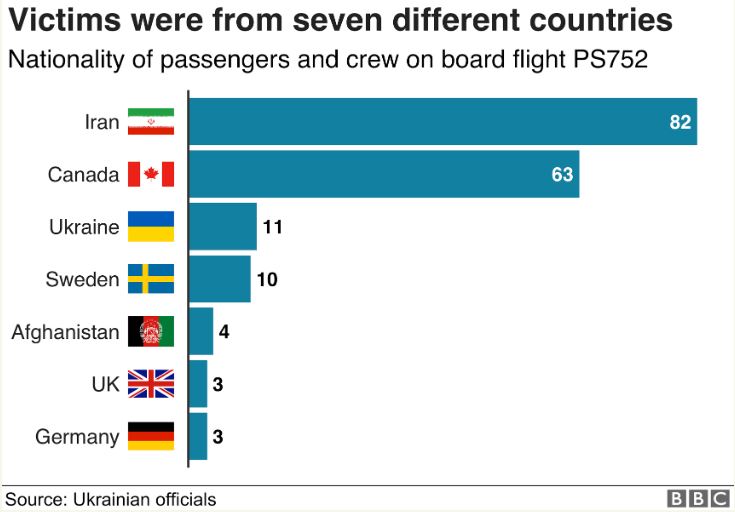