It was heard that the defendants often use their tricycle to carry unsuspecting passengers and rob them of their belongings. 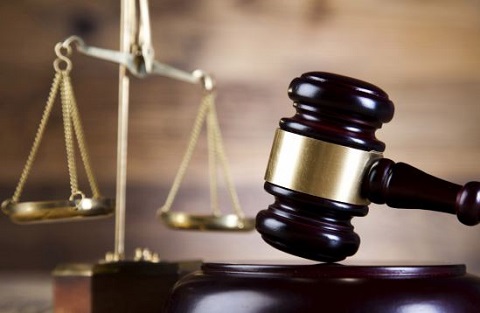 Three men who allegedly used a tricycle to rob a lady at toy gunpoint, on Friday appeared in an Ebute Meta Chief Magistrates’ Court, in Lagos.

Taofeek Adebayo, 24, Amos Marvelous, 21 and Sodiq Suleiman, 18, were arraigned on charges of conspiracy, stealing, and breach of the peace.

The Prosecutor, Insp. Emmanuel Silas told the court that the defendants committed the offences on Jan. 4, at 9:30 p.m., along Funsho Williams Avenue, Alaka, Surulere.

Silas alleged that the three men conspired to rob a passenger, Victoria Emedem, and stole her handbag and phones valued at N120, 000, after brandishing a toy gun to scare her.

According to him, the defendants often use their tricycle to carry unsuspecting passengers and rob them of their belongings.

The Chief Magistrate, Mrs Adeola Adedayo, ordered remand of the defendants at the Ikoyi Custodial Centre.

Adedayo also ordered that a proper bail application should be brought before the court and then fixed Feb 11, for continuation of hearing.