The youths were stopped for a stop and search routine, when one escaped and mobilised others to unleash mayhem on the patrol team. 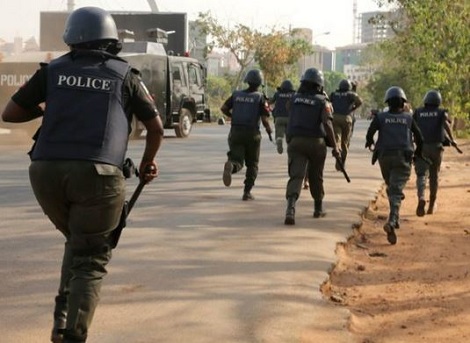 Five youths among several others who attacked a police squad of ‘Operation Safe Delta’ have been arrested by the Delta State Police Command.

The incident which occurred on Monday at the Amukpe area of Sapele, left some policemen injured and two Toyota Sienna vehicles damaged.

The squad was said to be on a stop-and-search duty.

According to reports, the youths were stopped for a stop and search routine, when one escaped and mobilised others to unleash mayhem on the patrol team, in an attempt to free their friends who were being held by the police.

“They came with various objects to achieve their mission. In the process some officers sustained injuries, while the two patrol vehicles which were recently procured to strengthen the team were damaged.

“As we speak now, some policemen are in the hospital because of the injuries sustained during the attack.

“The police officers were very tactful in dealing with the situation if not some of the suspects would have been shot,” a police source disclosed.

The PPRO said, “it is true. Some youths attacked our policemen, Safe Delta, like you rightly said. They asked one of the vehicles to park for stop and search. Then somebody jumped out and escaped.

“They became suspicious that for somebody to have jumped out, there may be more to it. While they were there, the person who escaped went to call another set of people and that’s how they were attacked. They (youths) intended burning one of them.”

The injured officers were said to be still receiving treatment as at the time of filing this report.