After dumping their royal positions, Queen Elizabeth II is working round the clock to resolve the rife within her family. 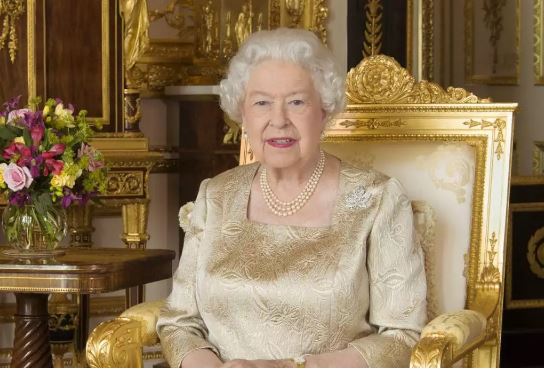 Queen Elizabeth II
Meghan Markle, officially known as the Duchess of Sussex, will reportedly attend a crisis family meeting by phone on Monday to talk strategy in repairing damage done to the royal family after she had returned to Canada.
According to British news outlets, Queen Elizabeth II has summoned her grandson Prince Harry and his wife for an emergency meeting to discuss their “next steps” with the family, after the couple’s surprise announcement last week to step back from duties as senior royals.
Harry’s brother and father, Prince Charles and Prince William, are both expected to join the conference that will be held at the family’s Sandringham estate in Norfolk, England.
“We now plan to balance our time between the United Kingdom and North America, continuing to honour our duty to The Queen, the Commonwealth, and our patronages,” the couple said in a statement last week.
“This geographic balance will enable us to raise our son with an appreciation for the royal tradition into which he was born, while also providing our family with the space to focus on the next chapter, including the launch of our new charitable entity.”
Although Meghan will reportedly call in from Canada on Monday, William, Harry and Charles are expected to attend the meeting in person at Sandringham estate, according to the AP.
William will travel to the queen from London, Harry will make his way from his residence in Windsor, and Charles from Oman after attending a ceremony held to commemorate the death of Sultan Qaboos bin Said on Sunday.
The queen is pushing to resolve the issue in “days, not weeks,” said Buckingham Palace, adding that “any decision will take time to be implemented.”
Expected topics of discussion include a plan on how the couple will pay for their taxpayer-funded security, their future money-making options, and the tax implications of their move to North America.
Meghan and Harry’s decision to step back from the family has been linked to their growing unhappiness about their press coverage, which has been exacerbated in recent years by the Duchess of Sussex’s family giving unfavorable interviews to the U.K. media.
Following the announcement, Meghan’s half-sister Samantha Markle accused her of exhibiting “attention-getting behaviors,” and noted that she had married into the family with knowledge that she would be in the public spotlight.
“That’s ridiculous. They stepped into the spotlight knowing what the duties were, knowing what the media would be like for them,” Samantha said.
Culled from NewsWeek
Top Stories