Another Gov Abiodun's Appointee Is Dead


Chief Dayo Abatan, until his death, was the Eruku of Egbaland. He hailed from Obafemi Owode Local Government Area of the State. 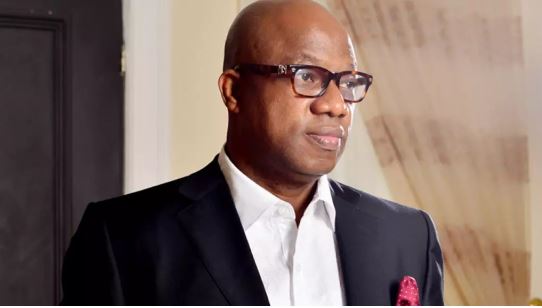 Gov Abiodun inaugurated Abatan, alongside 56 other members of the council on Thursday.

It should be recalled that a newly appointed Local Government Caretaker Committee Chairman for Ipokia, Hon. Saibu Mulero Adeosun, died on Wednesday, hours to his screening by the State House of Assembly.

Adeosun, DAILY POST reports, had dressed up for the screening exercise before he decided to have a short rest and died in the process.

On Friday, Hon. Taiwo Soniyi, the newly appointed Vice Chairman for Remo North Local Government was reportedly kidnapped by unknown gunmen, who have demanded N50million ransom for his release. Chief Dayo Abatan, until his death, was the Eruku of Egbaland. He hailed from Obafemi Owode Local Government Area of the State.

A family source told a correspondent that the deceased appointee died at the Lagos State University Teaching Hospital (LUTH) after a brief illness.

Chief Abatan, who was the first Publicity Secretary of the defunct Unity Party of Nigeria(UPN) in 1979 later became an active member of the Social Democratic Party(SDP) during the aborted third republic.

He was later appointed a member of the 1994 National Conference after which he joined the All Peoples Party (APP) from where he decamped to the Peoples Democratic Party (PDP) at inception of the fourth republic.

He later became a member of the All Progressives Congress (APC).

It was gathered that Abatan was the Students Union President at the University of Ibadan between 1968 to 1969.