An officer of the Special Anti-Robbery Squad has been killed while controlling the traffic in Rivers. 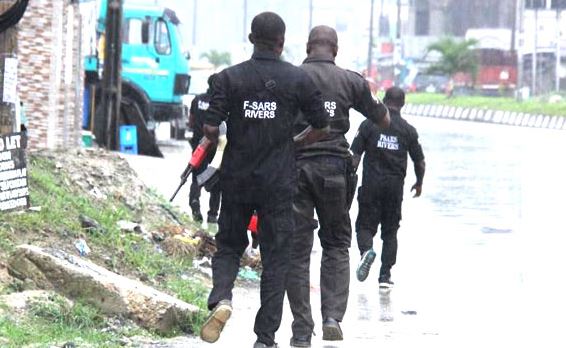 According to Punch Metro, some suspected armed robbers on Sunday killed a personnel of the Special Anti-Robbery Squad in Mgbushi, Rukpokwu community in the Obio/Akpor Local Government Area of Rivers State.

The slain policeman was said to have been controlling traffic to free a gridlock before he was attacked by the suspected robbers, who were also driving through the road.

It was learnt that the assailants abandoned their vehicle and fled the scene of the incident on foot following a fierce gun battle with other SARS personnel, who arrived at the scene immediately after the attack.

A resident of the area told our correspondent that the criminals left their vehicle and fled before they could be subdued by the policemen.

The source said, “The SARS official was at Mgbushi in Rukpokwu community, controlling traffic because there was a heavy traffic on the road that evening, around 6pm.

“When they were close to the SARS man, the armed robbers opened fire and killed him.

“Other SARS men rushed to the scene after the attack and engaged the robbers in a fierce gun battle, the robbers later abandoned their vehicle and escaped on foot.”

The spokesman for the Rivers State Police Command, Nnamdi Omoni, confirmed the incident.

“One of our men was killed as a result of a surprise attack from armed robbers. The robbers took to their heels, abandoning their operational vehicle, which we have recovered. Investigation has commenced,” Omoni said.