Concerns As More Nigerians Use Paracetamol To Cook Meat


Some food vendors admitted that they use the drug to cook meat because it helps them to spend less on kerosene, cooking gas, firewood or charcoal. 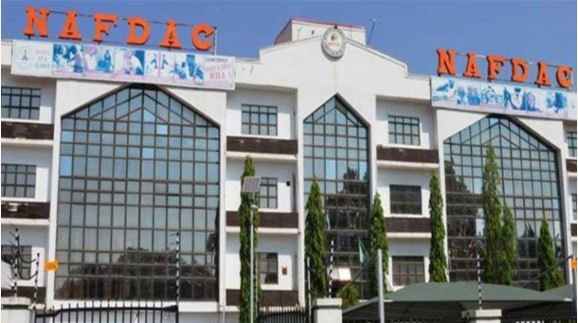 Fresh concerns have been raised by health experts on Nigerians’ increasing use of paracetamol, a drug meant for pain relief, to cook meat for household and commercial consumption.

LEADERSHIP investigation revealed that hundreds of households, restaurants and bars, especially those owned by small operators, have continued to use paracetamol to tenderise meat to save cost as the prices of firewood, kerosene and cooking gas hit the rooftop.

Some food vendors admitted that they use the drug to cook meat because it helps them to spend less on kerosene, cooking gas, firewood or charcoal.

According to them, no matter the quantity, paracetamol softens meat within a few minutes of being placed on fire. They added that the drug is also accessible and affordable as one sachet of 12 tablets is sold for only N50.

This claim was buttressed by a bar attendant in Mararaba, Nasarawa State, who told LEADERSHIP that when some tablets of paracetamol are used to cook cow leg and skin popularly known as “ponmo”, they get softened and ready for eating within a few minutes.

He said: "It is really helpful because now we don‘t spend so much money on charcoal since our pepper soup (local delicacy) doesn‘t take long to cook anymore.“

But medical experts have warned that paracetamol, when cooked, loses its pain-killer property and becomes highly acidic and dangerous for human consumption.

The president, Pharmaceutical Society of Nigeria (PSN), Mazi Sam Ohuabunwa, described the use of paracetamol for cooking as a “wicked act”. The renowned pharmacist said that paracetamol is paraspecific acid of aminophenol and also a chemical substance.

He said that every such substance has both chemical and physical effects, adding that they can help in softening tender materials.

Ohuabunwa expressed worry that the consumers of meat cooked with the drug would only end up consuming something they don‘t need or deserve thereby creating problems for them.

He said: “I don‘t know why people should involve themselves in this kind of wicked act against themselves and consumers of their products. Paracetamol is a medicine and it is paraspecific acid of aminophenol and it is a chemical.

“Every chemical can have some chemical, physical effects and then can help in softening, tender materials but the critical thing is that you are therefore giving people along with the meat, something they don‘t deserve and what they are not in need of, and you are loading up their body with the chemical they don’t need. You are creating problem for them because you are overloading the liver because the liver has to metabolise the chemical and take it out through the kidney,” he said.

This, Ohuabunwa said could lead to liver necrosis because the organ is the chemical factory. He, therefore, urged Nigerians to desist from the act.
He also called for adequate enlightenment because it is assumed that those who indulge in the practice do not understand what they are doing.

He said that anyone found engaging in the illicit act should face the law, lamenting that “it is an act of poisoning people.“

The chairman of the Federal Capital Territory (FCT) chapter of the Nigerian Medical Association (NMA), Dr. Ekpe Phillips, warned that paracetamol is not a drug that should be abused. He said that the primary area where it is being metabolised is the liver and could, therefore, expose consumers to liver problems.

Philips, who is also the chief medical director (CMD) of Nyanya General Hospital, said that the “normal amount of paracetamol that an individual is supposed to take is two tablets three times a day and it cannot be taken for more than three to four days, maximum of five days if you must.

“If you are using it to cook food, you are going to consume the quantity that you don‘t even know. So, there is no place for paracetamol in the cooking of meat. It is extremely dangerous. Apart from the fact that they are cooking it, they are consuming more of it and the primary effect is in the liver.

“You know that liver problem is on the increase, with that, we don‘t even know if people have been practicing this for a very long time for us to be having this increase in liver diseases; some unexplained liver failure, liver cancer are emanating. Some of these things and unorthodox use of orthodox medications may be the cause.

“Also, you don‘t use paracetamol alongside alcohol because alcohol also is being metabolised in the liver,” he stated.

On the way out, Philips said that national health education should be carried out by both practitioners and other relevant stakeholders.

According to him, the National Orientation Agency (NOA) should get this information across so that we will have a good health-seeking culture. The government should seriously educate the people on the issue. I don‘t know why the Nigerian governments are allowing things to happen haphazardly. So, the National Orientation Agency (NOA) should take lead.“

While also decrying the practice, the immediate past president of the Association of Medical Laboratory Scientists of Nigeria (AMLSN), Dr. Godswill Okara, said that paracetamol is not a drug to be taken on a regular basis.

He said that research had shown that when humans take paracetamol, the breakdown period stays long in the tissue and builds up over time, which means it is not completely excreted from the body.

Okara said that to that extent, “it is really dangerous, which means the medicine is not to be taken anyhow.

“Certainly, it has health implications because even the use of paracetamol is normally controlled because it can cause liver failure if taken in an excessive dose.

“I wonder how people came about using it to cook meat because the chemical and pharmacological content of paracetamol is not what one should be consumed on a regularly basis,“ Okara warned.

The National Agency for Food and Drug Administration and Control (NAFDAC) had on December 31, 2019, issued a public alert on the dangerous and unapproved Use of paracetamol tablets in food preparation.

The agency asked Nigerians to use genuine NAFDAC registered table salt (in moderation) to tenderise meat by soaking it in salted water for about 30 minutes prior to cooking to prevent serious health consequences that may result from dangerous and illegal use of paracetamol tablets in food preparation.

Other established and safe methods for tenderising meat, according to NAFDAC, are cooking with a pressure cooker, marinating (soaking) with vinegar, citrus juices or wine before cooking.

In its reaction, the Federal Ministry of Health said that NAFDAC is the agency responsible for food and drug advocacy, noting that it had done so by issuing a public alert on the use of paracetamol.

The ministry‘s director of Food and Drug Services, Mosud Lawal, however said that the ministry had a food safety programme through which it communicates with the state ministries to ensure that there is adequate education at the grassroots.

“We do advocacy as issues emerge. Definitely, this issue (paracetamol) will be included,“ he said.

Relatedly, the Environmental Health Officers’ Registration Council of Nigeria (EHORECON) has challenged the academia to embark on research to certify the correlation between the toxic chemical in paracetamol that damages the liver.

In an interview with LEADERSHIP, the director of Education and Training of EHORECON, Dr. Yakubu Mohammed Baba, lamented that food vendors use paracetamol to cook meat to cut the cost of burning firewood, kerosene, and gas.

Baba said: “Paracetamol is an analgesic and when you take it ordinarily, it will go through the normal process of digestion and kill the pains in the body. But when it gets heated by using any fire mechanism, it will hydrolyse and produce four-aminophenol which can cause kidney failure and it also affects the liver.”

He posited that the skyrocketing cases of kidney and liver diseases might be related with the eating habits of Nigeria, especially in public places, adding that the issue of food safety was part of the cardinal principles of the council.

Baba maintained that the council had a series of Mandatory Professional Development Programmes (MPDPs) to enhance and build the capacity of its members on health and environmental issues, noting that the practitioners were ready and well-equipped to address the issue.

Also, the Nigerian Association of Nephrology (NAN) said that about 25million Nigerians have kidney failures, adding that hypertension was a major effect. It said that drugs such as paracetamol used for cooking meat may be a major contributor.

A staff of the department of environmental health and safety, Abuja Environmental Protection Board (AEPB), said that his section only monitors the environmental sanitation of places where food is sold to the public.

He said that the department does not go into the technical aspects of monitoring the content of food sold to the public because it does not have the relevant instruments to conduct such test.

The official maintained that the responsibility of testing the content of food sold to the public lies with NAFDAC, which has all the equipment for testing food meant for public consumption.