A blind man has been sighted hawking bananas in Kaduna instead of begging. 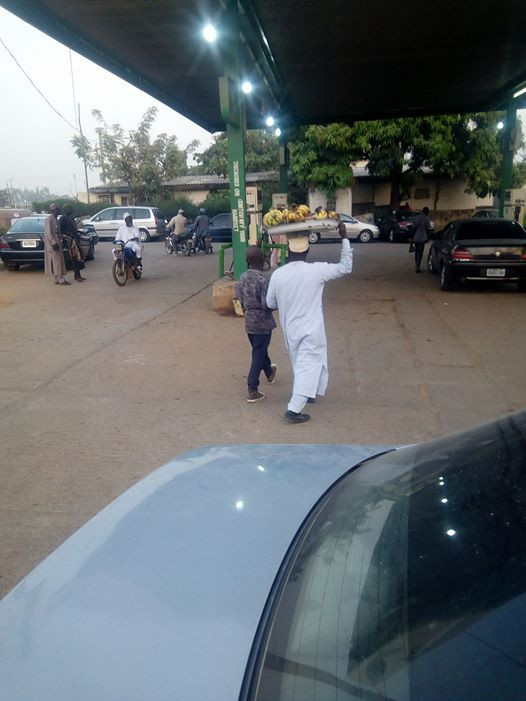 A blind man has been spotted hawking bananas in Kaduna. In the photo, he was spotted with his son who helps in being a guide.

A Facebook user, Mohammed Hassan who sighted them, shared the wonders ''writing''.

“I have encounter, with this wonderful blind man selling banana at AP filling station along waff road in kaduna. The boy in the picture is his son, guiding him. He pay all his bills, and train his childrens in schools. Pls patronise him for moral encouragement”

People who also saw the blind hawker were also amazed at the fact that instead of seeing his physical disability as an inability, he decided to make the most of his situation. 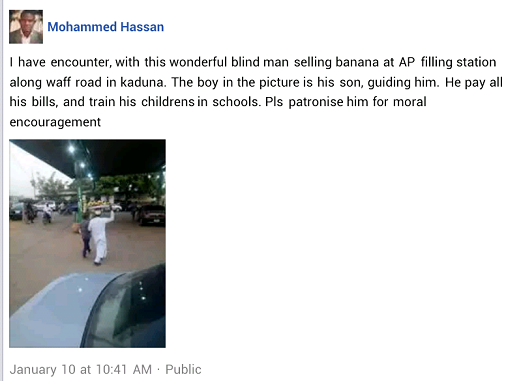