Grave yards around Nigeria have now become dens of ritualists and Indian hemp smokers, a pastor has said. 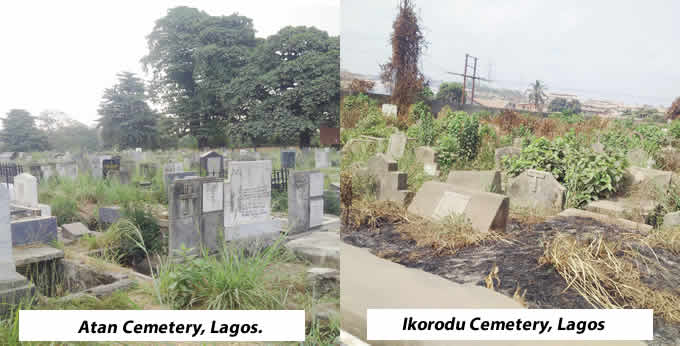 According to a report by NAN, a cleric, Mr Yohanna Buru, said some Nigerians lacked respect for the dead, as cemeteries have been turned to refuse sites, latrines, dens for ritualists and Indian hemp smokers, among others.

Buru, a pastor of Christ Intercessory Fellowship, Sabon Tasha, Kaduna, said this while briefing newsmen after a tour of some cemeteries in Kaduna.

According to him, it is unfortunate that citizens have stopped respecting the serenity of the graveyards which supposed to be clean and sacred and not dumps.

He said, “Citizens should be god-fearing and remember that they are all going to the cemeteries one day.

“Many cemeteries in Nigeria are in poor and bizarre conditions as most of them have turned out to be latrines, dumps, hideouts for criminals and ritualists among others.

“The environment in some graveyards are not looking good due to the large number of pet bottles within and outside the premises.

“A graveyard must be properly secured and fenced to avoid trespass or encroachment to the premises, it is not a grazing site for animals or a place for Indian hemp smokers.

He said that the cemeteries should be cleaned, adding that State and Local Government authorities must ensure that cemeteries were not turned to something else.

Buru also called on environmental officers to start creating public awareness on the cleaning of sacred places and the environment.