The story has been told of the former professional footballer who is now selling books and driving Uber after he was exiled from his country. 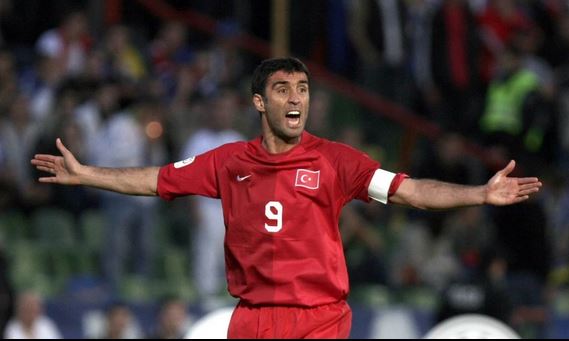 Former Blackburn striker Hakan Sukur is in line for a fare play award after rebuilding his shattered life to become an Uber driver.

Sukur says his dad has also been thrown in jail and his assets frozen - driving him to the brink of despair in the US and forcing him to use any means available to grind out a living.

He opened a cafe and bakery called Tuts, where the house specials are dishes like Turkish sausage and Greek-style pancakes, in the wealthy area of Palo Alto in Silicon Valley, on the outskirts of San Francisco.

But it had to close in December 2018 and was replaced by a Turkish restaurant.

The Uefa Cup winner and World Cup semi-finalist said: “I drive for Uber and I sell books. I am starting to work now.

“Everyone that has a connection with me has financial troubles.

"I don’t have anything left. I have tens of millions of dollars of property in Turkey, but everything is confiscated.

“My wife’s boutique was stoned, my children were harassed and my father sent to jail.

“When I left for the US, my father was locked up and my assets taken.”

Sukur is widely regarded as Turkey’s greatest ever footballer with 52 goals from 112 caps and he also played for Inter Milan, Torino, Parma and Galatasaray back home.

Ex-Gala boss Graeme Souness took him to Blackburn but his Ewood Park spell was hampered by a broken leg.

Sukur insists he still loves his country - just not its leader.

He said: “I am an enemy of the government, not the state and not the Turkish nation. I love our flag, our country.

"I am an enemy of wrong politics and an attitude that aims to detach from the West.”