Heavyweight boxer, Tyson Fury is married to wife, Paris since 2008 with the couple having five children, 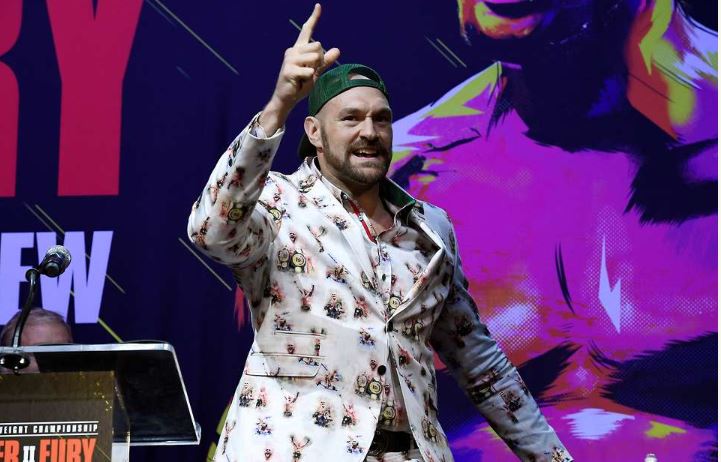 And the Gypsy King hopes it will give him the ‘upper hand’ as he bids to become WBC world heavyweight champ.

Speaking after the first press conference concluded ahead of the big fight, the 31-year-old said: “I’m doing a lot of things I didn’t before.

“I’m eating five/six meals a day, drinking eight litres of water. If it’s gonna give me an edge, I’m willing to try it.

Fury, married to wife Paris since 2008 with the couple having five children, then quoted lines from the 2004 hit song by Danzel, titled Pump It Up.

“I gotta to keep active and the testosterone flowing for the fight. Don’t want the levels to go down.”