Why We Pulled Down Fela's Statue - Lagos Gov't Speaks


The Lagos state government has spoken on the reason why it pulled down legendary singer, Fela's statue. 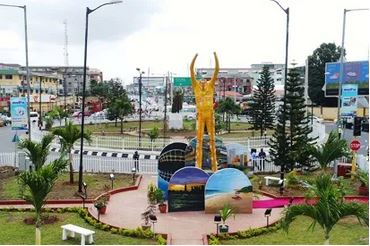 The Fela Anikulapo-Kuti Statue titled – the Liberation, at Allen Roundabout, Ikeja, unveiled by the Lagos State Government on Sunday, October 15, 2017.

Vanguard reports that the Lagos State government, yesterday, said that it pulled down the Fela Anikulapo-Kuti’s statue at Allen Roundabout for the improvement of road infrastructure and to ease traffic gridlock in the state.

Gboyega Akosile, the Chief Press Secretary to Governor Babajide Sanwo-Olu, told  PREMIUM TIMES  that the roundabout had been identified as the cause of traffic gridlock in the area and there is need to reduce the roundabout and ultimately remove the statue.

Akosile said: “We are the ones that erected it as the Lagos State government, the only constant thing in life is change and the state government has decided to change it.”

The statue was unveiled on October 15, 2017, by the immediate past governor of the state, Akinwunmi Ambode, to honour the late Afrobeat legend and freedom fighter.

While stating the reason for the removal of the statue, Mr. Akosile said: “For the improvement of the traffic situation, we realised there is a need to do junction improvement and about five junctions were identified.”

“The five junctions and roundabouts in Iyana-Ejigbo, Lekki-Epe Expressway, Allen Avenue, and Maryland will be reduced to pave way for road expansion and free flow of traffic.

“While Maryland and Allen roundabouts have artworks at the Centre, the statues and sculptures will be removed because of the road engineering work that needs to be done.”