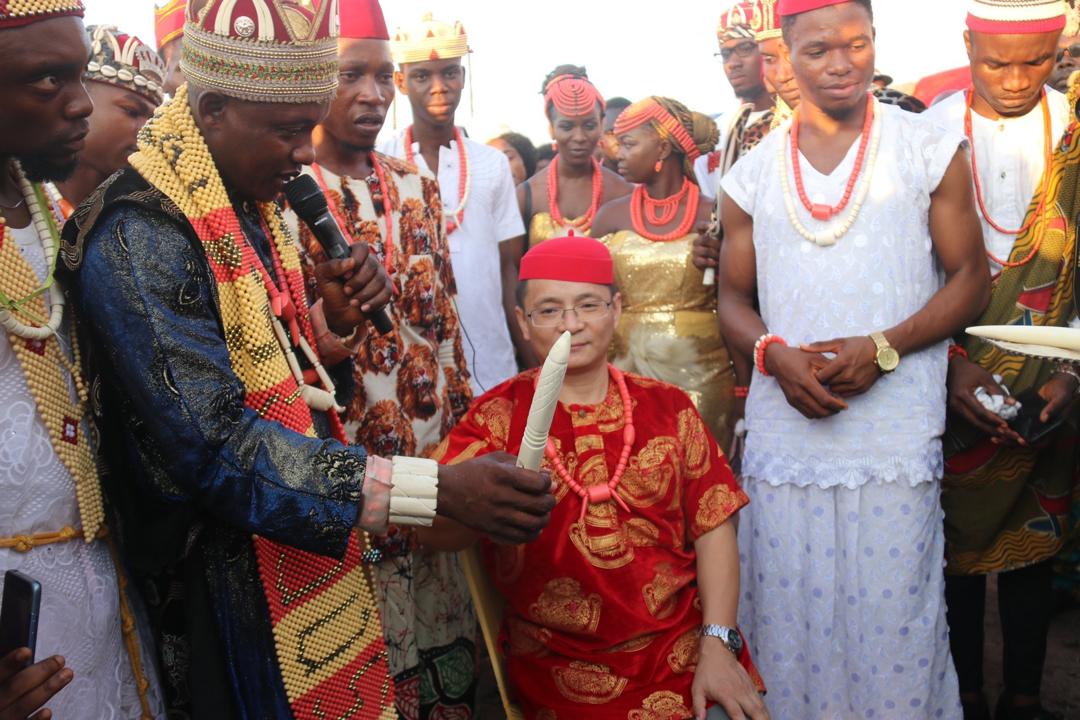 The promotion of cultural ties between the Chinese and Igbo facilitated through the Confucius Institute at Nnamdi Azikiwe University, Awka received another boost recently when the Director of the Institute, Prof Job Yu Zhangbao bagged an Igbo chieftaincy title.

With the title Chinese national Zhangbao has been inducted into the Igbo chieftaincy institution. According to Dr Emmanuel Ojukwu, Director, Information and Public Relations, Nnamdi Azikiwe University, Awka, Prof Zhangbao has set three records with his chieftaincy title.

Firstly, it is now on record that he is the first Chinese academic and cultural ambassador to become a chief in Nigeria. In fact, the four Chinese residents in the country who have also received a chieftaincy title are entrepreneurs, not academics. With this title, he now straddles two cultures – African and Asian.

Secondly, he has gone down in history as the first Chinese to become a traditional title holder (chief) in southern Nigeria. Those four Chinese chiefs received their title in the North.

Thirdly, Zhangbao has worked in Nigeria for less than two years, whereas the four Chinese Nigerian chieftaincy titleholders have been resident in the country for ten years and more, an honour he is overwhelmed by.

The Students Union Government (SUG) President, Joseph Okafor, said the Chinese Director of the Confucius Institute has rendered outstanding services to the university and Igbo people in general.

Okafor lauded ProfZhangbao’s excellent human relations and how the Chinese Institute has fostered cultural and knowledge synergy between both countries and their citizens. He said the CI opened hitherto closed doors not only to UNIZIK but also to Nigeria as a country. 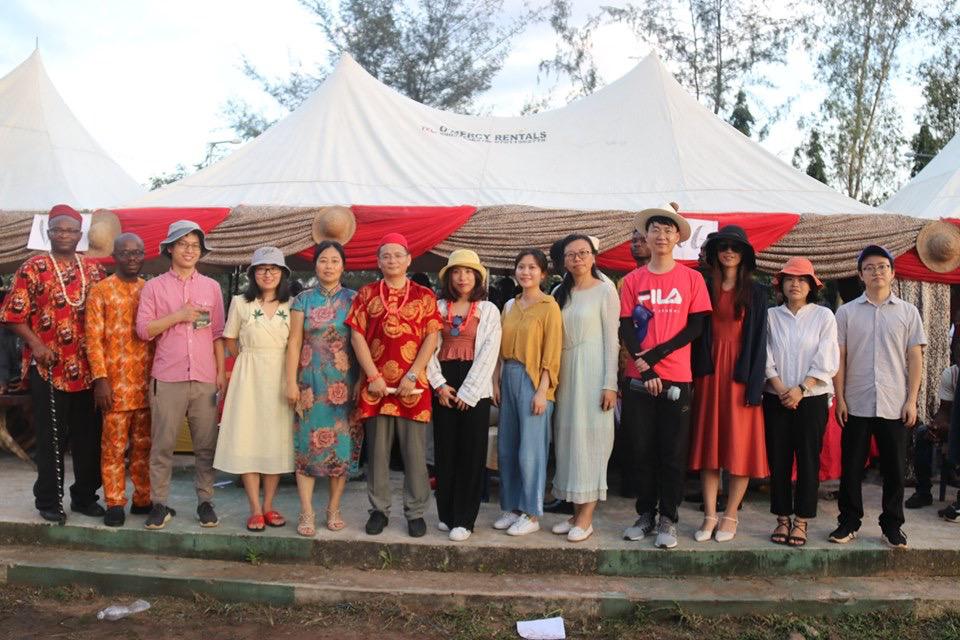 Zhangbao who was overwhelmed by the rare recognition in a chat x-rayed the beginning and gains made from the Confucius Institute so far.

“This title is recognition of the contribution of the Chinese staff of the Confucius Institute at Nnamdi Azikiwe University to the growth of the Nigeria-China relations. I am so happy to become a red cap chief in Igbo land, Nigeria. The red cap is not for me; it is for all the Chinese teachers who are working at the Confucius Institute. It is a testament to their modest contribution to the effort to foster intercultural harmony across the Indian Ocean.”

“The Confucius Institute at Nnamdi Azikiwe, Awka, Anambra State was established in June 2008 under a partnership between the university and Xiamen University, Fujian Province, China. Our Institute has produced more than 15,000 alumni. More than 10,000 of the alumni are working as translators, interpreters, managers, public relations consultants, company supervisors, teachers, etc. in Nigeria, South Africa and Ghana.

“Some are working as middle or top-level cadres in multinational corporations. More than 300 of our alumni have studied in China on different Chinese scholarships. More than 40 of the number have got or are pursuing a PhD in China.

“More than 2,000 students sat HSK this year. This number is staggering. We presented 1,000 eligible applicants for this year’s scholarships, but only 134 were accepted. The reason was obvious: accepting all our 1,000 applicants would have denied other Africans the opportunity to also study in China.

Going further, he revealed that one of their students, Anthony Ekwensi, who at the time had studied Chinese for only 18 months, emerged the African champion and the No. 4 in the world at the 2018 “Chinese Bridge” Competition that took place in China. He disclosed that Ekwensi has been offered a Master’s degree scholarship in China.

“Also last year, another alumnus, Mr Harford Michael, who is now pursuing a PhD in China, emerged the world champion at the “Contest in China of Chinese Teaching for Candidates of Master Degree”. He beat native speakers in that competition. Our CI has won the “Award for Excellent Confucius Institute in the World” two times, in 2015 and in 2017,” he enthused.

The colourful carnival, which held at the Convocation Arena had in attendance the Vice-Chancellor, Professor Charles Esimone, who was represented by the Deputy Vice-Chancellor (Academic), Professor Frederick Odibo; the Dean of Students Affairs, Professor Stanley Udedi, the Director of Information and Public Relations, Dr Emmanuel Ojukwu, the Managing Director of Anambra Broadcasting Service (ABS), Mr Uche Nworah, and a host of other dignitaries.