LaLiga: Messi Reveals What Guardiola Did To Him


Messi played under Guardiola at Barcelona during the Spaniard’s regime as head coach of the Blaugrana at Camp Nou. 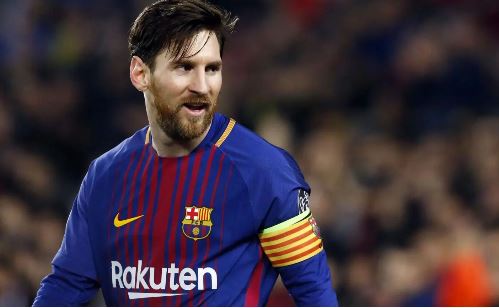 Barcelona captain, Lionel Messi has disclosed how a ‘positional change’ by Manchester City manager, Pep Guardiola transformed him into a world best player.

Messi played under Guardiola at Barcelona during the Spaniard’s regime as head coach of the Blaugrana at Camp Nou.

“I remember that it was a surprise for me, because I was called up the day before the game, was made to go to Guardiola’s office at the Ciutat Esportiva, and I was told that he had been watching Madrid’s games a lot, as he did with every opponent,” The 32-year-old told DAZN ahead of Barcelona’s La Liga clash with Granada on Sunday.

“He had been talking with Tito Vilanova and they had thought about me playing as a false nine. He was going to put Samuel [Eto’o] and Thierry Henry on the outside, and I was going to play as the false centre forward.

“I wasn’t going to stay there, but rather come out and join up with the central midfield. The idea was that Madrid’s centre backs would follow me out, and the two fast wingers that we had would go around the back.

“In fact, one of Henry’s goals was like that. It was a surprise for us and for Madrid. I remember that we had a lot of possession, and we always had an extra man in the middle of the park.

“I’d never played as a centre forward, but I knew that position because it meant coming through from deep to get forward, without being a static number 9. It wasn’t a big change for me. I’d been playing on the outside for years, and so I knew what that position was about.”

LaLiga: Messi Reveals What Guardiola Did To Him