A Nigerian woman based in the United States has admitted engaging in drug trafficking and multimillion naira fraud. 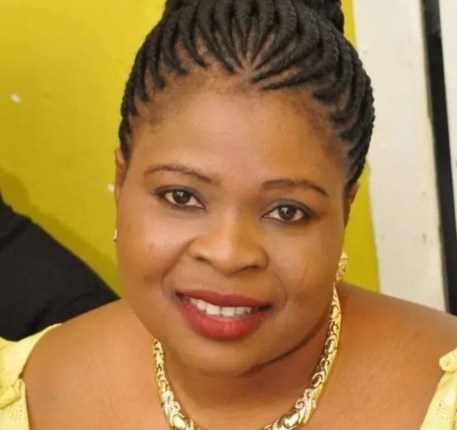 Temitope Olaiya
US-based Nigerian Temitope Olaiya, popularly known as Tammy Olaiya has admitted conspiring to import over five kilograms of cocaine and participating in several fraudulent schemes; including bank fraud and health services scam.
The 40-year-old business woman who is based in Hyattsville, Maryland, U.S.A faces a mandatory minimum of 10 years in prison for the cocaine importation charge when sentenced on February 28, according to United States Department of Justice.
According to court documents highlighted in the statement release from the state attorney’s office, Olaiya, recruited men in Washington, US, and paid them to act as drug couriers. It was stated that she opened bank accounts for the couriers, obtained passports and visas which they used to travel in an out of the US.
“The couriers that Olaiya recruited traveled primarily to São Paulo, Brazil, where they picked up kilogram quantities of cocaine hidden in the lining of soft-sided briefcases or attaché cases. Altogether, law enforcement seized nearly seven kilograms of cocaine at three different U.S. airports from three separate couriers recruited by Olaiya,” the release read in part:
Beyond cocaine importation, Olaiya also admitted to carrying out several fraudulent activities.
The former personal care aide worked for various home health agencies in Washington, US, and submitted falsified documents and fraudulent claims to Department of Health Care Finance (DHCF), a health care benefit program funded by Medicaid, to get paid.
It was revealed that Olaiya who was expected to submit time sheets for time she worked providing health care services in order to get paid, recruited people to act as ‘patients’ and had them sign her falsified time sheets for kickbacks.
The state attorney revealed that on at least two occasions, Olaiya, “billed DHCF for home health services she claimed to have provided while she was out of the country.”
In another separate scheme, Olaiya, used her US-based business of selling African goods to carry out bank fraud.
It was gathered that she used payment platforms for fraudulent charges as well as carrying out credit card scams.
“Olaiya used accounts with payment platforms Square and Stripe to make fraudulent charges on stolen credit card numbers. Between June and December 2017, Olaiya submitted, or caused to be submitted, $381,500 in fraudulent credit card charges to the Stripe account. Thereafter, Olaiya switched over to Square, and in the course of about two months, racked up more than $100,000 in fraudulent charges. When Square informed Olaiya that the true account holder had challenged the transaction, Olaiya created handwritten, falsified invoices documenting items purportedly purchased by the account holder, and provided the fake invoices to Square,” the statement revealed.
Top Stories