Probe: I Have No Skeleton In My Cupboard - Ihedioha To Uzodinma


Emeka Ihedioha has reacted to impending probe, saying he is not tensed because his administration was based on accountability and transparency. 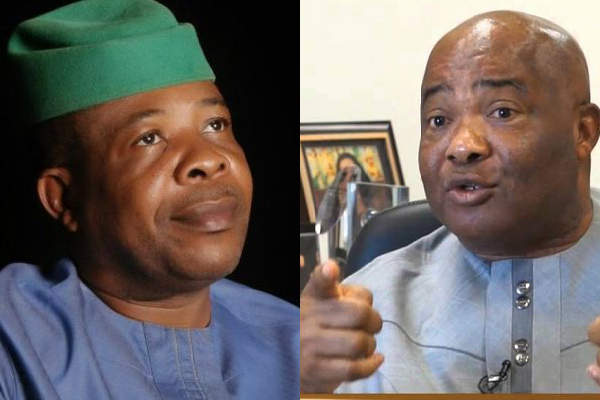 Immediate past governor of Imo State, Emeka Ihedioha, on Thursday, said he did not misappropriate the funds of the state while in office between May 29, 2019 and January 14, 2020.

Ihedioha, who was sacked by a Supreme Court judgment on Tuesday in Abuja, was reacting to a statement made by his successor, Senator Hope Uzodinma, who ordered a probe of three former governors of the state.

The former governor, who spoke to our correspondent through his media aide, Chibuike Onyeukwu, said he was not tensed by Uzodinma’s probe order.

According to Ihedioha, his administration was hinged on due process, accountability and transparency.

The ex-governor said he carried the people of the state along within the brief period he held sway as a governor.

He said, “The former governor is not tensed about the probe order. His Excellency hinged his administration on due process, accountability and transparency. There is nothing wrong if the new governor says that he wants to look into the books. We are fine with it.”