Meanwhile, the Edo chapter of the People's Democratic Party (PDP), has asked the people of the state to voted out APC in 2020. 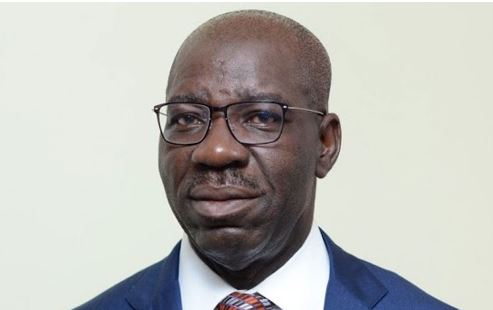 Governorship aspirants of the All Progressives Congress (APC) in Edo State have blamed crisis rocking the party on Governor Godwin Obaseki.

Odubu said they were prepared with their memoranda for presentation to the committee and urged every genuine stakeholder of the party to cooperate with the committee.

“We collectively desire a party that is stable, virile and viable for us to realize our individual and collective aspirations so as to provide effective, efficient and productive leadership for our dear state”, The Nation quoted him as saying.

“We also believe and quite rightly too, that the attempt to close the political space and shut the doors against potential contestants for the office of the Governor of Edo State by the incumbent governor is antithetical to the established norms of democracy. We must all be allowed to subject ourselves to the democratic process without let or hindrance.

“We maintain our unalloyed support and confidence in the leadership of our party in Edo State headed by Col. Dr. David Imuse (Rtd) and at the National level under Comrade Adams Oshiomhole.

“On our part, we are committed to ensuring full compliance with the party directives as we go into the elections and urge our brother Governor Obaseki that in a multi-party democracy, everyone no matter how highly placed must be subject to party laws and rules.

“Therein lies the respect, order and decency in the interrelationship between government and the people.”

The APC in Edo has remained divided with factions loyal to Obaseki and national chairman, Adams Oshiomhole, at loggerheads.

Meanwhile, the Edo chapter of the People’s Democratic Party (PDP), has asked the people of the state to voted out APC in 2020.