Liverpool vs Man Utd And Other Top English Premier League Games You Should Watch Out For This Weekend. 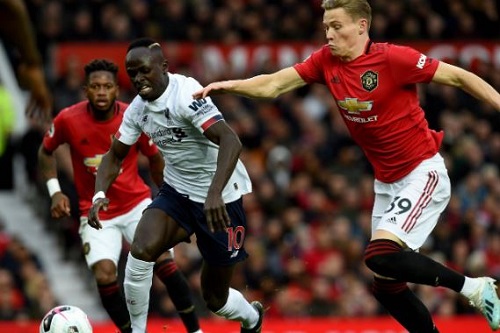 Liverpool and Manchester Uniter will clash this weekend

Liverpool seems to be unstoppable and at Matchday 23 out of 38 the Reds are already set to walk away with the English Premier League title. Jurgen Klopp and his team are in the middle of a fantastic winning streak which could see them win the title within 12 games. Liverpool will face Manchester United this weekend. The Red Devils will be travelling to Anfield for the match on Sunday. Kickoff is at 18:30.

Here is a look at some of the other matches that are taking place in the English Premier League over the course if this weekend.

Another exciting match happening tomorrow is between Chelsea and Newcastle. The game is taking place at St. James’ Park with the kickoff at 19:30.

Chelsea who is coached by former player Frank Lampard is on fourth position on the log with 39 points. The Blues have won three of their last matches and this should be an exciting but easy encounter against a struggling Newcastle. Newcastle has only managed to win one of their last five matches and will be hoping to get some form before the end of the season.

Leicester City is having a wonderful season so far. They are third on the log with 45 points with only two separating them from second place Manchester City. Leicester City will be travelling to Turf Moor to play Burnley FC on Sunday. Burnley is on the 15th position in the league with 24 points having won just one of their last five games.

There are only 15 Matchdays left of the English Premier League 2019/2020 season but there is still lots of football action coming in the next few months.

Betway sports betting in Nigeria has all the action of the EPL, La Liga and African football available to bet on. Although Liverpool looks like a sure bet to take the title, the battle for EUFA qualification is still rages on.