A dangerous snake which could have killed someone was killed by a vigilant man who cornered it. 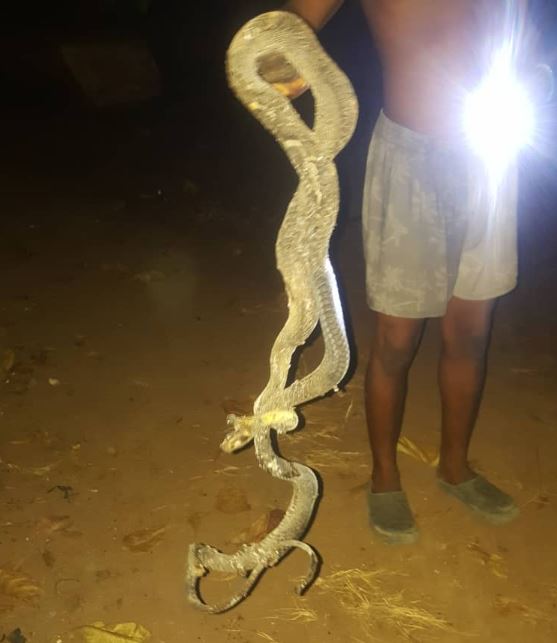 This young man has recounted how he killed a long black snake which invaded his house. According to his account, he fears reptiles but this time around, he summoned courage and went after it in the company of some neighbours.

The venomous snake was finally killed after some hard objects were thrown at it. He went on social media to tell his story as he displayed it like a hero.

Read the story below and see some pictures:

"As I got home to drive in the compound, I saw a large green snake trying to get out of the compound, I moved fast so I could crush it, but guess I missed it as I couldn't find it again.

I went directly to my kennel to see if all is okay and alas, I found this big black snake lying under the tree, I 1st thought it wàs the green one I tried to crush that pulled off its skin, cos I hear dey change skins, I was a bit relieved as they say they never come back to wherever they change their skin, but as I observed it, I realised it's a life snake. (Wahala dey oh) for dis midnight, me wey fear snake.

I called out some boys to help out, na so we see the snake begin move to find an escape route, the boys self dey fear nobody could get close. I 1st got a Sack, put some dried leaves in it, poured petrol and kerosene, lit it up and threw it on the snake, na so snake ginger and was looking for a way to get into a dogs cage, that scared me and I summoned courage and threw a big stone on its head, then we started bombarding it with stones

For the 1st time in my life I killed a snake, Not ordinary snake but a big black snake" 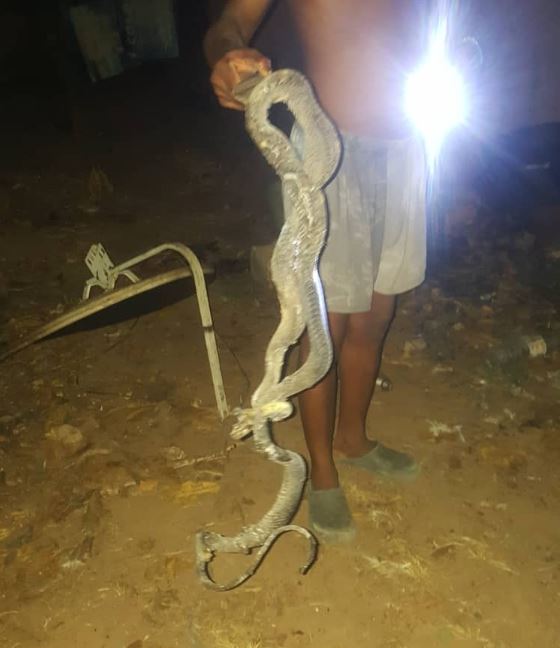