A northern leader and former presidential aide has said the Igbos have the capacity to produce Nigeria's president. 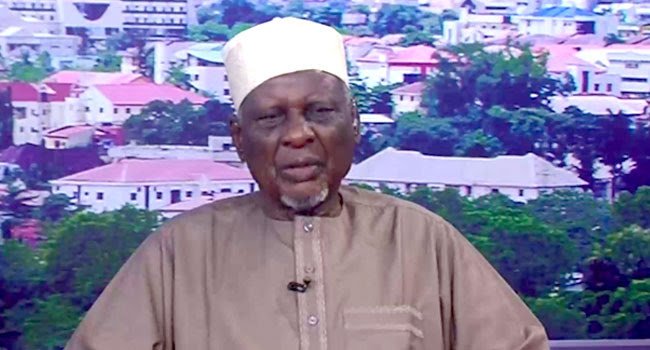 Tanko Yakasai
A former Presidential Adviser, Tanko Yakasai has revealed how the Igbo ethnic group can produce the next president of Nigeria.
According to him, the Igbos stand a chance if they get the blessing of other parts of the country, especially the North.
Mr. Yakassai, 94, made the comment on Friday during an appearance on Channels TV’s Sunrise Daily.
“There is a good opportunity for Igbos to produce the president of Nigeria in the near future or later,” he said.
“The political arrangement in the country is such that you need correlation with some parts of the North and South. The Igbo can make a move of getting partners from other parts of the country, in particular the North.
“It is not just to complain; meaningful efforts should be made to reach out to get partners so that eventually they will realise their aspirations; and I think they can.”
The Igbo are one of the largest ethnic groups in Nigeria, occupying the country’s South-East region, but have not been able to produce a Nigerian President since the country’s return to democracy, adding to the group’s cries of marginalisation.
Mr Yakasai was speaking two days after the 50th anniversary of the end of Nigeria’s infamous civil war which was fought over Igbo secession.
Yakassai believes the war would not have happened if the leaders of the East and the rest of the country were different.
“There were personal differences” between Yakubu Gowon and Odumegwu Ojukwu, he said.
“I doubt if anybody, even the military, contemplated the magnitude of the human and material losses in the country,” Mr Yakasai added.
“People were killed on both sides. It was a huge loss to the country. Nobody can give a correct figure of the total number of people killed at that time and how much is from each side.”
Watch video below:
Top Stories