Conor McGregor shouldered Cerrone in the face, potentially breaking his nose, stunned him with a leg kick, and then went to work. 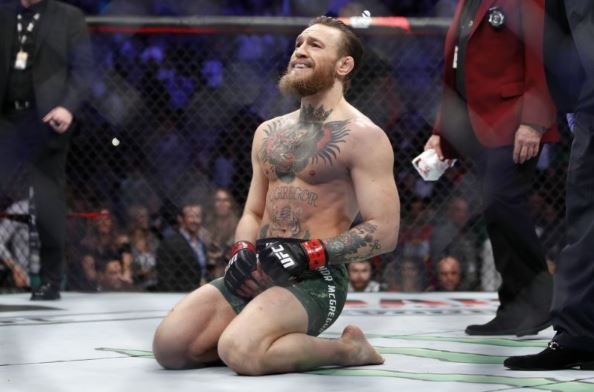 The Irish fighter just brutalized Donald Cerrone with clean, crisp, and accurate strikes, beating the "Cowboy" to the floor, and finishing him with ease at the T-Mobile Arena in Las Vegas on January 18.

Since his last bout 15 months ago, the UFC had moved on. Khabib Nurmagomedov had demonstrated that he was the man at lightweight, Tony Ferguson showed he was the no.1 contender, and the popular welterweight Jorge Masvidal won a belt that describes him as the "baddest mother f-----" in the game.

McGregor shouldered Cerrone in the face, potentially breaking his nose, stunned him with a leg kick, and then went to work.

He sensed danger, he sought the finish, and etched his name further into the history books. He finished Cerrone in 40 seconds with a striking masterclass.

"I like this weight division, it's good going up and down, I'm in shape," McGregor said after his UFC 246 win was announced. "I'm not there yet, there's work to do to get to where I was. I'll party, celebrate, any of these fools can get it. It does not matter."

After his loss, his third in a row, Cerrone said: "He caught me straight away, then kicked me I've not seen anything like it. He busted my nose."

Yes, McGregor is back.