Lukman Adekunle, an auto mechanic, said ever since he heard about the ordeal of Okolie, he had shelved his initial plan of getting a new line. 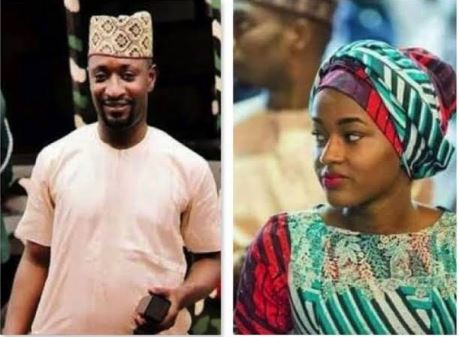 Mobile subscribers in the country are now wary of acquiring new Subscriber Identity Module (SIM) cards as the possibility of such being a re-allocated number are high.

This follows the recent ordeal of one Anthony Okolie, who spent 10 weeks with the Department of State Services (DSS) for purchasing a SIM previously used by one of President Muhammadu Buhari’s daughters, Hanan.

Some mobile subscribers, who spoke with a correspondent following the development, expressed fear that anybody could fall victim of such situation as SIM re-allocation is a common practice by mobile network operators.

Aside what could happen in a situation like that of Okolie, they fear that a new SIM, which might be a re-allocated one, might have been used earlier by a criminal who is wanted by security agencies, who could thereafter trace the number to a new owner once it becomes active again.

Lukman Adekunle, an auto mechanic, said ever since he heard about the ordeal of Okolie, he had shelved his initial plan of getting a new line.

“I recently bought a dual-SIM phone and I was thinking of getting another line to fill the slot, not that I really need it anyway, because I already have three lines, two in my other phone and one in the new phone I just got. But with what I read about the possibility of buying a line that has been used by another person, which may lead me into trouble, I have suspended that plan,” he said.

Another subscriber, who identified herself as Joy Uche, a student, said she had bought a SIM last year, and had been receiving bank alerts from an account belonging to the previous user.

“I never saw it as a problem until recently when I heard about the guy arrested by the DSS. Then I began to think: What if I am accused of planning to collect money from another person’s account just because I am receiving alerts that I know nothing about? I had to go to First Bank last week to complain, because the account number is First Bank’s and they promised to look into it. Now, I’m even afraid of buying a new SIM,” she stated.

For Mrs Adewale, a new SIM she bought recently had almost put her into trouble and broke her home.

According to her, the line she bought previously belonged to a lady, but after she bought it, she kept on receiving strange calls, especially, at night.

“Every night, I received strange calls from unknown guys, even when I’m beside my husband; I kept on telling them it’s a wrong number. If not that my husband is an understanding person, it would have broken my home. He was the one that showed me that the number was used by a lady before as he saw her name and picture on Truecaller. The government should do something about this,” Mrs Adewale said.

A banker, who simply identified himself as John, said his fear about buying a new SIM is the possibility of such line haven been used previously by a shady person.

“My brother, getting a new SIM is no longer a child’s play; one has to be very careful, if all we are reading about SIM re-allocation is true. I asked myself, what if I buy a SIM that had been used by a kidnapper, who had collected ransom and dumped the line? What if the line becomes active and the security agencies trace it to me? One may be cleared after all the investigations, but before then, one would have suffered. This is why I’m not even thinking of buying any new SIM for now. Even if they give me for free, I won’t take it.”

However, speaking in a telephone interview with a New Telegraph correspondent, the President of Association of Telecommunications Companies of Nigeria (ATCON), Mr. Olusola Teniola, allayed the fears of subscribers, noting that with full registration of the SIM after purchase, the new owner is covered.

“Subscribers do not need to fear buying new SIM, what they need do is to ensure that they register the SIM immediately and make sure that the new SIM bears their full details on the operator’s database,” he said.

While justifying the need for telecom operator to re-allocate numbers, Teniola said the numbers are scarce resources which the operators pay for annually, hence, the need to re-allocate to avoid wastage.

“MSSIDN, the telephone number that we use are owned by the government. Government sells the MSSIDN to licensed operators who now sell it to consumers to provide mobile telephoning and data services. When an individual uses a number on a pre-paid plan, that number is assumed to be used constantly. And if it is not used after 30 days, 60 days, or 180 days, depending on what the service provider allows, then the service provider has every right to either de-activate the number or re-allocate it.

“The reason operators re-allocate numbers after it has been out of use for some time is because they do not want to waste numbers. They pay for these numbers on annual basis to the government through the Nigerian Communications Commission (NCC),” he explained.

Presently there is protocol in place which allows customers know if the SIM card they are purchasing has been previously used or not.

According to Okolie, he purchased the SIM that eventually landed him in trouble, from a roadside seller in Asaba, Delta State, unknowing that it was formally owned by the last daughter of President Buhari.

It was while he was using the SIM that DSS operatives picked him up on July 19 last year, on the grounds that he has been using the line for shady business – a claim which he vehemently denied.

According to the businessman, following his arrest, he remained in the DSS custody, bound by handcuffs, as the DSS waited for Hanan, who was in school in the United Kingdom (UK), to come and clear him but she never did.

He said that in line with relevant regulations, he had duly completed the registration of the new SIM which included capturing his finger prints and taking his mug shot.

“I approached a kit operator of the 3rd respondent (MTN) named Jeff, who captured my biometric and registered the SIM card in my name and on my behalf,” he explained. But apparently that was still not enough to save him from his ordeal.

Okolie maintained that he explained to the DSS how he bought the SIM card, but he was informed that the phone line, which was linked to his SIM card in question, was once used by Hanan.

The 33-year-old businessman has since gone to court seeking compensation for his troubles.

In the suit filed before a Federal High Court in Asaba, Delta, by his lawyer, Tope Akinyode, Okolie demanded N500 million compensation from the DSS, Hanan, and MTN.

But the DSS is insisting that Okolie had tried to exploit the fact that the SIM was once used by the President’s daughter, and was only picked up after complaints were levelled against him for trying to extort money from some individuals.