Nollywood actress, Funke Akindele has been tackled after failing to attend her father's burial alongside her other siblings. 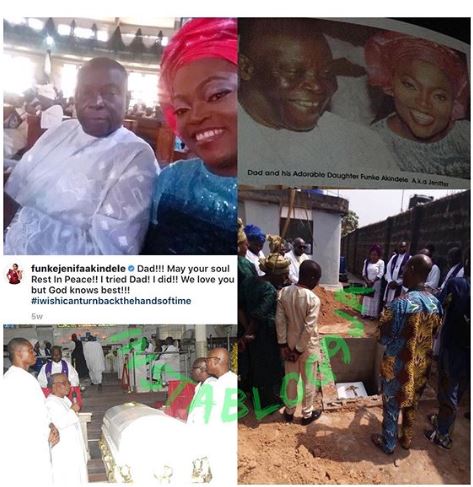 Funke Akindele berated for refusing to attend father's burial
The Bishop Methodist Church Nigeria, Diocese of Ikorodu, Rt. Rev Samson Osundina has expressed his disappointment after Nollywood actress Funke Akindele Bello and her siblings failed to attend their father's funeral.
The Bishop made his displeasure known on Friday, January 17, 2020
Their dad, Very Revd. Godwin Olusoji Akindele, died on Saturday, December 7, 2019, after a brief illness, aged 73.
However, none of his four children was present at his Service of Songs and burial at Ibeshe, Ikorodu, Lagos.
While delivering the burial sermon, Rev. Osundina thanked the children for taking care of their father during the times when he was ill, but stressed the fact that paying him the last respect as children was very important and significant.
He enjoined them to retrace their steps by making amends wherever necessary. He then suspended the usual outing and thanksgiving service which are final programes in Christian’s burial, till the deceased’s children are available to attend.
Top Stories