Umahi said the judiciary has since lost the respect it used to command in the past from the masses. 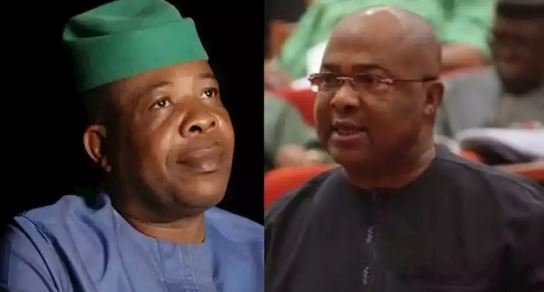 Umahi said the Supreme Court judges will never know peace until they reverse the decision to sack Emeka Ihedioha as Governor of Imo State.

The apex court had declared Senator Hope Uzodinma of the All Progressives Congress (APC) as the duly elected governor of the state, a decision that has sparked widespread condemnation and protests.

However, Umahi while addressing PDP protesters in Abakaliki, the Ebonyi state capital yesterday, said the judiciary has since lost the respect it used to command in the past from the masses.

“For how long shall we continue in sin that grace may abound? And the Bible says God forbid. We want and we are saying it very categorical that the Judgment of the Supreme Court is a pervert judgement and must be reversed immediately, for the oneness of this nation and for the furtherance of democracy. They should reverse and reinstate the man that was elected by the Imolites and he is the RT. Hon. Emeka Ihedioha and not a man that was imported and through the back door imposed on the people of Imo State.

“He is an agenda and we understand the agenda that is in him and will resist him with all that we have. That judgement cannot stand. We are here as lovers of democracy.