Daddy Freeze has blasted Pastor Adeboye after he responded to the Abule-Egba fire which razed everywhere except his church. 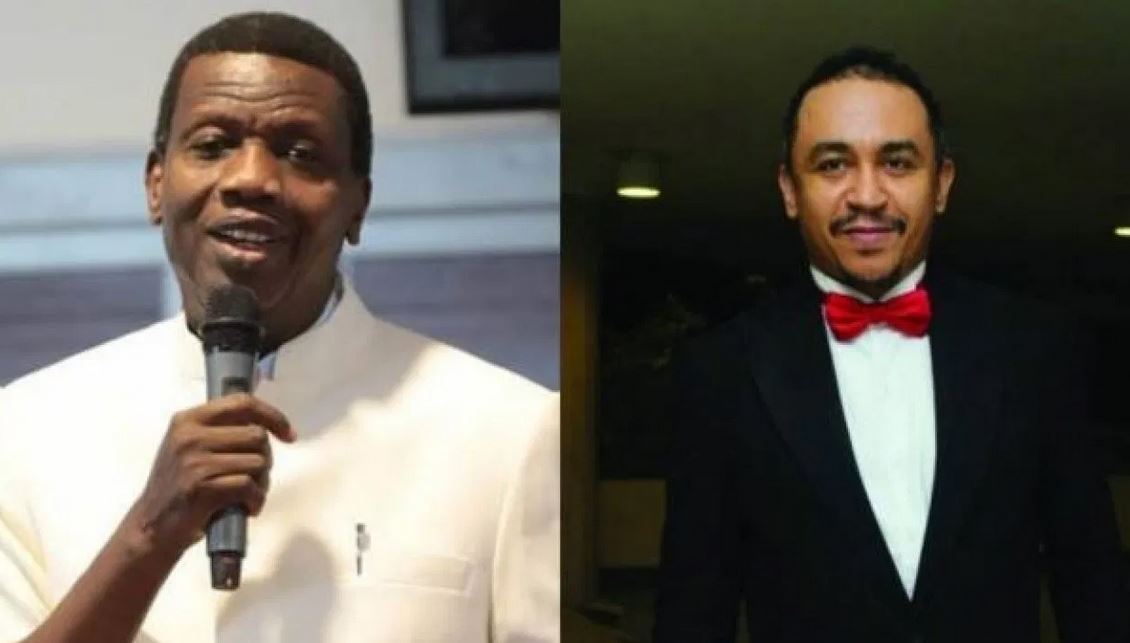 One of the Redeemd Christian Church of God (RCCG) house fellowship centres in Abule Egba was reportedly untouched by the fire that destroyed houses and properties in the area and Pastor E.A. Adeboye reacted to it. His reaction elicited a response from OAP Daddy Freeze.

Pastor Adeboye responded to the RCCG house untouched by the fire by quoting a section of the bible about the plague passing over the houses of the Israelites because of the blood of the lamb on their doors. The Israelites were spared but the Egyptians were not.

However, Freeze felt the General Overseer of the Redeemed Christian Church of God was being insensitive in his reaction so he criticized him for it.

He told Pastor Adeboye that God does not show favouritism.

"One house left untouched while others perish is NOT a sign that God is protecting that house," Freeze added.

Addressing the part of Adeboye's response that speaks about Egyptians and the plague, Freeze insinuated that if Nigeria were Egypt and what we're going through is a plague, then Adeboye is one of those who "installed" the leader we currently have.

He wrote: "In another light, should you by any chance assume that we are in ‘Egypt’ under a ‘pharaoh’, can you boast that you are not part of the people that created the Egypt and installed the Pharaoh?" 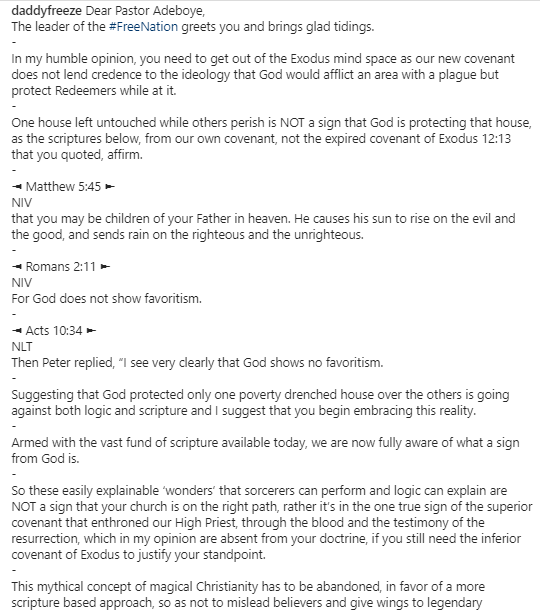