Madam KOO is still busy slagging off Chioma Avril Rowland and her man, David Adeleke on social media with a teasing poll. 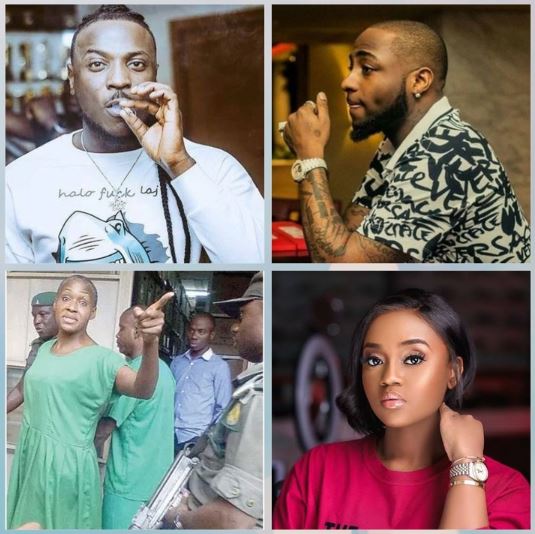 Controversial journalist and blogger, Kemi Omololu Olunloyo popularly called 'Madam KOO' has organized an opinion poll on social media as she seeks the views of Nigerians on who Chioma should marry between Davido and Peruzzi.

This is coming off a serious allegation that Davido's heartthrob, Chioma used to be the girlfriend of his record label signee, Peruzzi who allegedly lied she is his cousin. Recall that Peruzzi’s former boss, King Patrick made some scathing allegations which shook social media over the weekend.

Patrick in his words wrote: “If you are feeling stupid and you are out there popping babies and giving girls STDs, don’t be sad, reach out to loved ones and get advise from your huncho on how to fcck his side chick and pimp her out to you as his cousin.. Let’s be guided please. Incest is a sin..”

Since this ‘allegation’ surfaced on the internet, there has been several arguments as to whether it is true or not. Now, Kemi who had previously written about a supposed affair between Peruzzi and Chioma in the past took to Twitter to write;

“VOTE NOW! Should Chioma marry Davido or Peruzzi? She has dated both of them and lied to one that she was cousin to the other.”

Davido has been doing his best to keep his private affairs off social media. 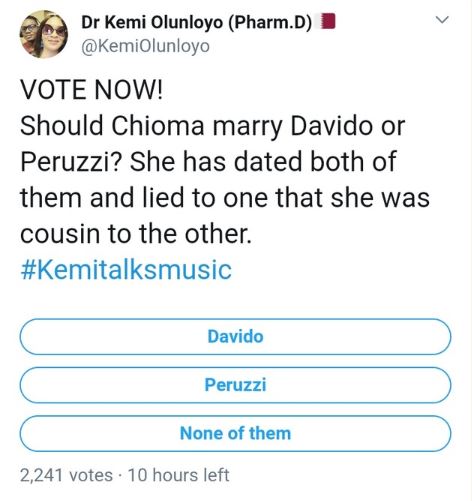 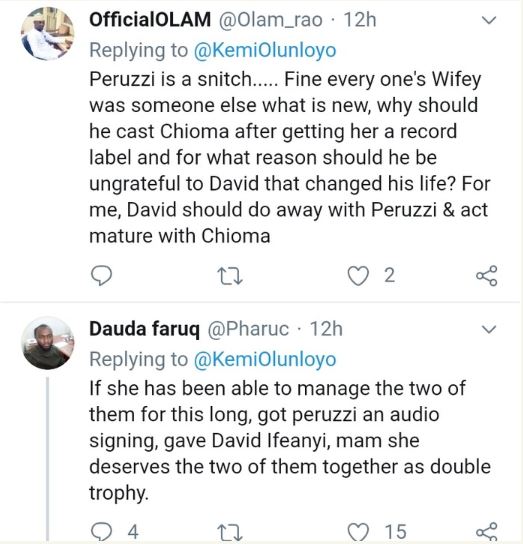 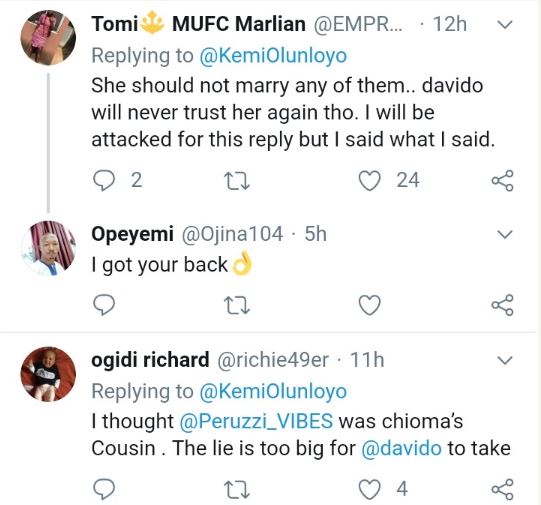