The meeting is expected to discuss issues affecting the states, like the Budget Support Fund. 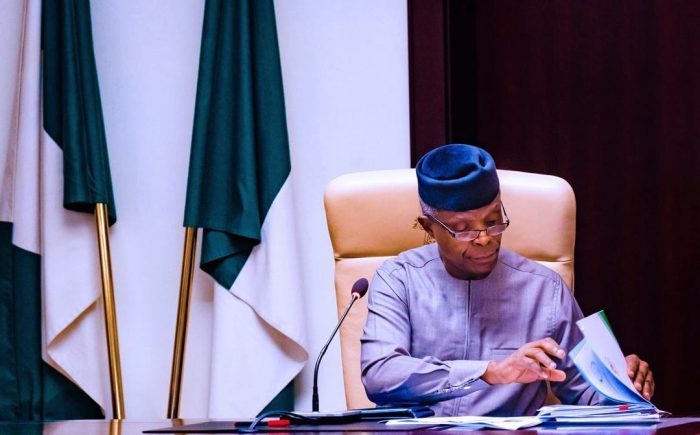 According to The Nation, Vice President Yemi Osinbajo (SAN) is presiding over the first National Economic Council (NEC) meeting of the year 2020.

The meeting, an expanded one, is expected to discuss issues affecting the states, like the Budget Support Fund.

The Budget Support Fund was the money provided by the federal government to 35 states of the federation, excluding Lagos, in 2016 to help them augment financing their budgets.

The state governors are asking for a downward review of the deductibles from their monthly allocations.

In attendance at the meeting, holding at the State House Conference Hall, Abuja, is Senator Hope Uzodinma who was recently declared Imo Governor of Imo State by the Supreme Court.

The meeting started about 11am after the arrival of the Vice President, which was immediately followed with the rendition of national anthem and then the opening prayer by the Chairman of South West Governors Forum, Rotimi Akeredolu of Ondo State.