However, the Federal Government, through the office of the Vice President and Southwest leaders reached an agreement to dialogue on the way forward yesterday. 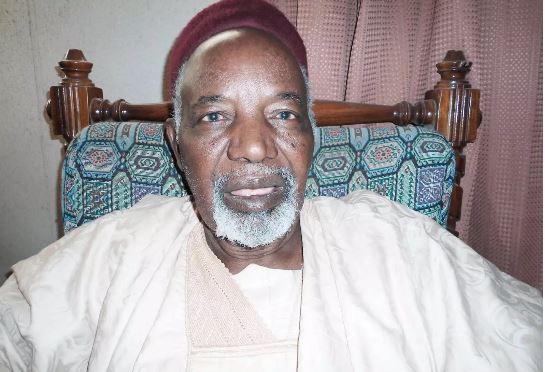 He said Tinubu belongs to a government that is showing lack of aptitude to govern Nigeria.

Musa further slammed Nobel Laureate, Wole Soyinka on issues around Operation Amotekun, the controversial security outfit set up by leaders of the Southwest.

Governors of States in the Southwest had established the security outfit in a bid to reduce kidnapping, banditry and ritual killings that has thrown the region into panic.

The security outfit has since generated a lot of controversy with the Federal Government through the Office of Attorney-general of the Federation and Minister of Justice, Abubakar Malami, declaring it illegal.

However, the Federal Government, through the office of the Vice President and Southwest leaders reached an agreement to dialogue on the way forward yesterday.

Balarabe Musa had earlier implied that Operation Amotekun was a ploy by the Yoruba in preparation for the declaration of Oduduwa Republic.

But APC leader, Ahmed Bola Tinubu yesterday suggested that Amotekun is not a threat to national security.

Musa told the Sun yesterday, “But what do you expect Tinubu to do because Tinubu is part and parcel of this government which is responsible for this incompetence that makes Amotekun look necessary to others.

“For Soyinka, all his announcements since he came into the scene particularly during his encounter with the late Bala Usman who was doubting whether he earned his professorship and he was reacting.

“When regional issues arise, Soyinka has never taken his bias towards, for instance, Yorubaland, Yoruba states and everything Yoruba and not Nigeria. I mean that has been clear.

“The best thing is that let all of us who differ on this Amotekun come together and do what appears to have been done by others.

“For instance, Tinubu is suggesting something that will make Amotekun a national aspiration. Now, the North Central governments are also thinking of doing the same thing.

“He is talking about conquest agenda by the North. You see this nonsense. This is something that lacks intelligence and it shows the attitude of people with intellectual and social indiscipline and articulation.

“What does Adams know? When did he arrive into the scene to know all these? He arrived when the rot has already started and he started using the rot.”